The 61-year-old woman, who tested positive for the new coronavirus on Feb. 18, is still receiving treatment at Daegu Medical Center in Daegu, some 300 kilometers southeast of Seoul, according to the Korea Centers for Disease Control and Prevention (KCDC). She has been hospitalized for 51 days, the longest of any COVID-19 patient in South Korea. 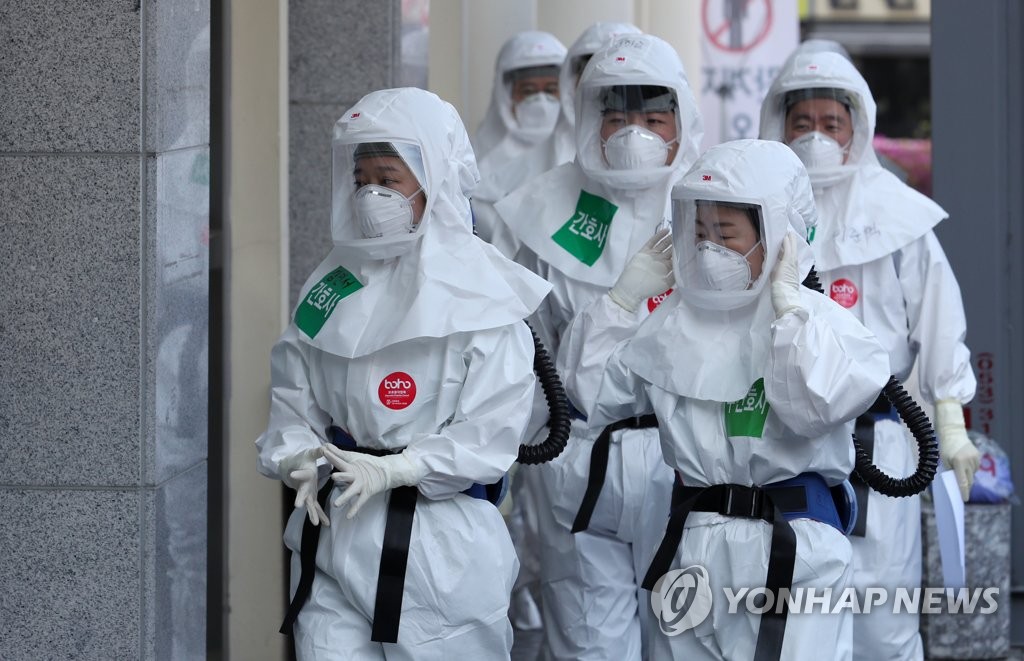 In 2015, a South Korean patient was hospitalized for nearly six months with the Middle East Respiratory Syndrome (MERS).

The 31st patient is a congregant of the Shincheonji Church of Jesus, a minor religious sect that sparked mass infections in Daegu, the city that has become the epicenter of the country's COVID-19 outbreak.

So far, Daegu has reported 6,803 virus cases, making up 65 percent of the country's total infections. Of the city's 6,803 cases, 62.6 percent of them, or 4,259 cases, were tied to the Daegu branch of the Shincheonji church, according to health authorities.

The South Korean government currently covers all costs related to treatment of the new coronavirus, but the city of Daegu said that it is considering ordering some of the virus patients, including the 31st patient, to pay back the costs.

Daegu's health authorities said more than half of the city's virus patients have been hospitalized for more than one month.