SEOUL, April 8 (Yonhap) -- For the past two weeks, Tyler Wilson felt like his freedom was taken away.

The American pitcher for the LG Twins in the Korea Baseball Organization (KBO) was ordered into 14-day self-isolation upon his arrival back from his home country. Something as simple as getting a smoothie or going to a restaurant became impossible.

And when the government-mandated quarantine period for all international arrivals ended earlier this week, Wilson did one thing he'd long wanted to do: go outside.

"Honestly, just being in the sun," Wilson said Wednesday after rejoining his club, when asked what he'd missed the most about life outside his room. "As far as your perspective, it puts everything back on the table. It lets you see things differently. All of those little things that you take for granted, now you get a chance to appreciate them." 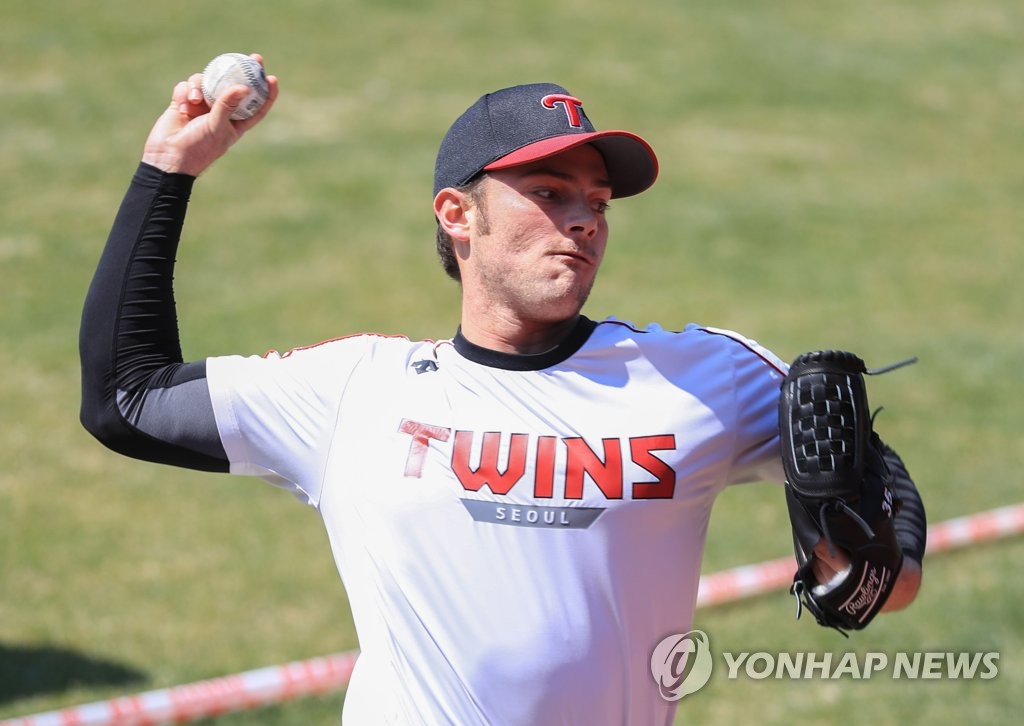 It has been a whirlwind of a spring for Wilson, now entering his third KBO season. He had his spring training with the Twins in Australia and then in Japan from late January to early March. And then with the coronavirus raging in South Korea at the end of camp, Wilson, along with teammates Roberto Ramos and Casey Kelly, were allowed to return to their home countries for the time being.

They returned ahead of schedule late last month, when the situation in South Korea got better than those in their native countries. But then awaiting them was the two-week isolation period.

It's particularly tough for a pitcher to ramp back up again after not throwing for two weeks. Wilson said he has faith in the Twins' staff to help him get ready for the season, though the start date is still up in the air after the March 28 Opening Day was postponed indefinitely.

"We have a really good plan for this week and I am excited about that," said Wilson, who was 14-7 with a 2.92 ERA in 30 starts in 2019. "It's important to lay a good foundation right now. My arm feels great. But if you rush back into things, it's really hard to slow back down. You have to start slow, lay a good foundation and trust the process. We have an amazing training staff, great coaching staff that are very experienced and educated on the right way to approach this." 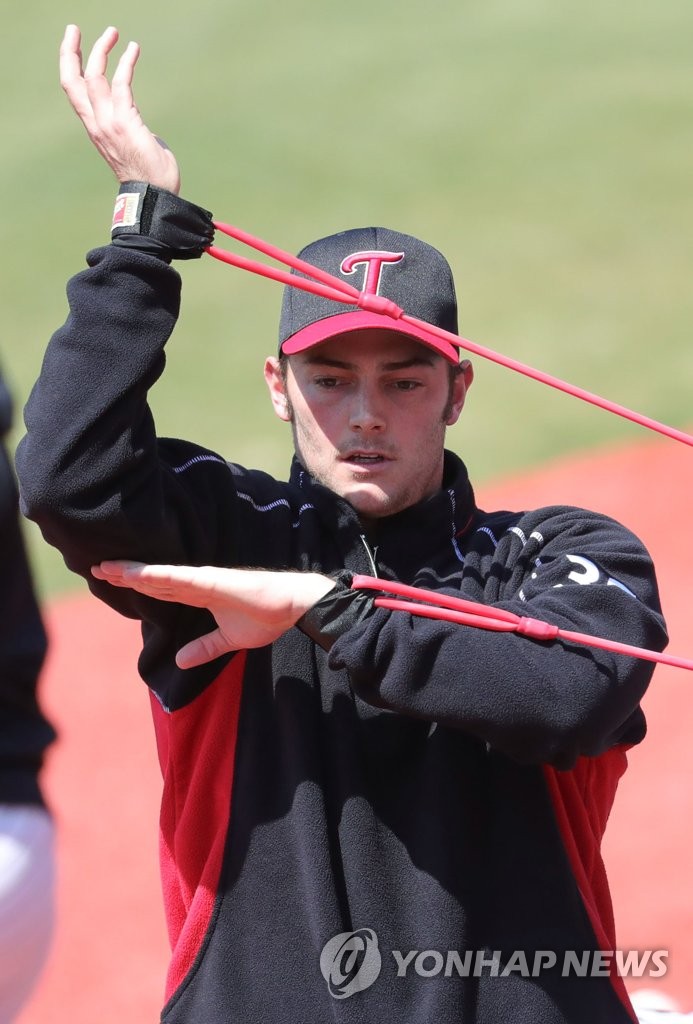 An avid reader already, Wilson said he spent more time than usual going through his books during the quarantine, with topics ranging from finance and wealth management to leadership and religion. He cooked his own breakfast and lunch, and ordered dinner using a food delivery app.

He also spoke to his family and friends back in the United States, where the death toll from the virus is rising at an alarming rate.

"Thankfully in Korea, we're trending in the right direction. The numbers are going down. We're getting closer to playing," Wilson said. "In America, for the last couple of weeks, things have been going in the wrong direction. (My friends) don't really know what to expect. Hopefully, they're going to experience what we have right now in a couple of weeks. Talking to friends and family is what really is getting us through this time right now."