SEOUL, April 9 (Yonhap) -- In an unprecedented move, middle schools and high schools in South Korea resumed classes online Thursday as students stay home to avoid the coronavirus that has infected more than 10,000 here.

Seniors at middle schools and high schools nationwide greeted their classmates and teachers virtually from their living rooms or bed rooms as they logged onto "Zoom" or "Google Classroom" to begin the new school year. 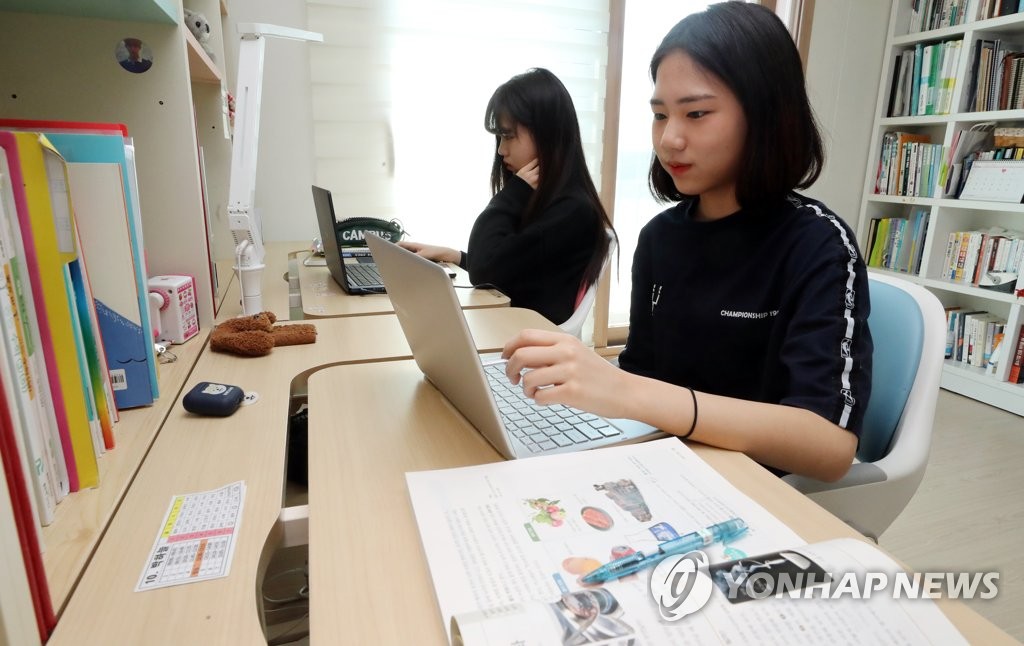 Last week, the government announced plans to first resume online classes for seniors at middle schools and high schools before expanding the remote learning program to other graders.

Schools were advised to carry out remote learning through various approaches, such as classes involving real-time interaction, using online lectures pre-recorded by the national educational TV channel or giving projects and homework to students. 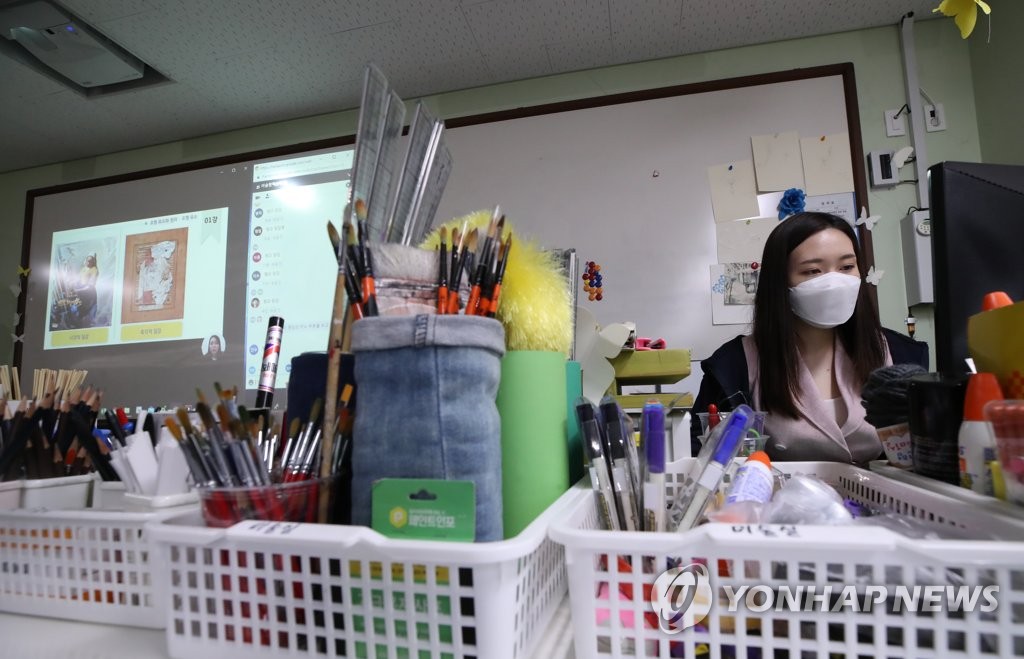 The virtual classes, a new experiment for schools here, started off smoothly in many schools.

In Seoul Girls High School in the western district of Mapo, a teacher called the attendance, and used preuploaded material for a psychology class. The teacher complimented students and asked questions to induce participation.

On the other hand, some schools reported technical issues.

In Gyeonggi Province, a middle school had issues holding its first-day-of-school ceremony as the sound in a prerecorded video showing the principal came out muted.

In some schools in Incheon and Gangwon Province, students had issues connecting to an online class provided by the state-run education channel, prompting a delay in classes.

Chat features had their pros and cons. While the online chat helped students communicate with teachers in real time, there were also cases where the chat screens scrolled up too quickly as students poured out questions, making it difficult for teachers to respond.

A tough trial-and-error phase is likely as the country faces cultural and technical hurdles to adjust to its first-ever nationwide remote learning.

A preliminary poll by local education offices, for instance, found that there were 223,000 students nationwide who did not have devices for online learning. The number may grow when factoring in families where gadgets would have to be shared among children.

The education ministry said it has secured 321,000 devices for students, which will be primarily rented out to students in low-income households.

Still, some have highlighted possible lapses in supervision, especially for students who are not familiar with use of tech gadgets or do not have adults to help them get used to online classes. 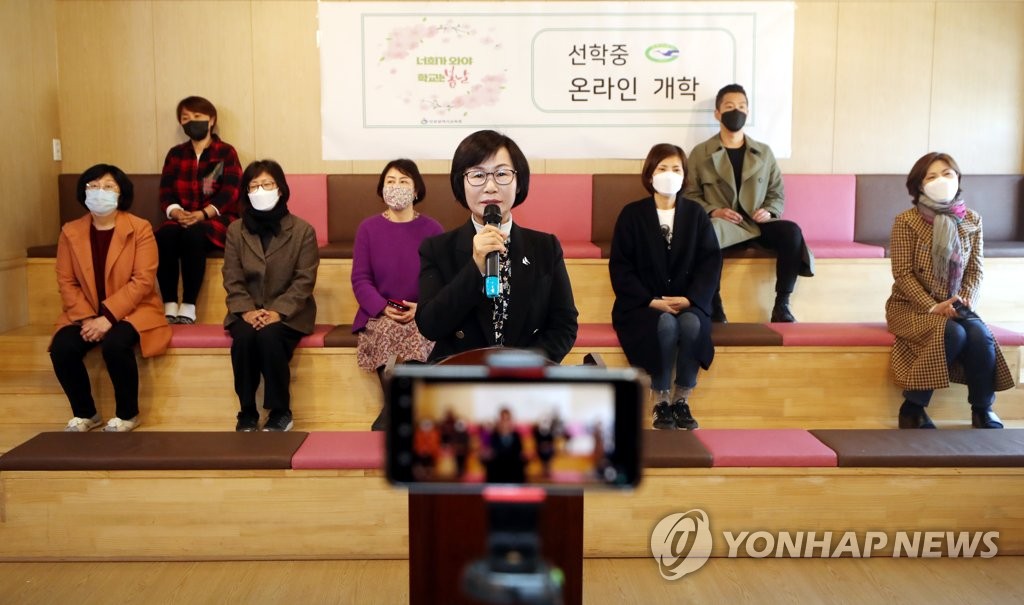 Technical difficulties, such as managing and distributing educational materials and security issues, are also expected to resurface in the first few days, or weeks, of classes.

Some schools in the United States that have started online classes have banned use of digital platforms, like Zoom, due to security concerns.

Teachers are expected to go through a sharp learning curve themselves as they prepare for online teaching, regardless of their tech savviness or skills in using digital tools.

The government acknowledged the concerns, but geared up with optimism.

"Extending the school closure would be the way to take to evade responsibility and numerous difficulties ... (but) we opted for online classes as this is the second best plan," the prime minister said, "We will aim to make sure remote learning goes well but ultimately we'll do our best to stabilize the COVID-19 (pandemic) so our children can go to school."