The 40-year-old was deported to Indonesia on Wednesday afternoon after he was found to have falsely reported his local address and left the registered self-isolation venue, the ministry said in a press release.

Authorities tracked him down at an acquaintance's house in the southern city of Gimcheon, 234 kilometers away from Seoul, after he was not seen at the registered residence in Ansan, just outside of Seoul.

During a probe, they found out that the man, who arrived here on Saturday, had also falsely reported his local address as an accommodation he used while previously working as a chef. 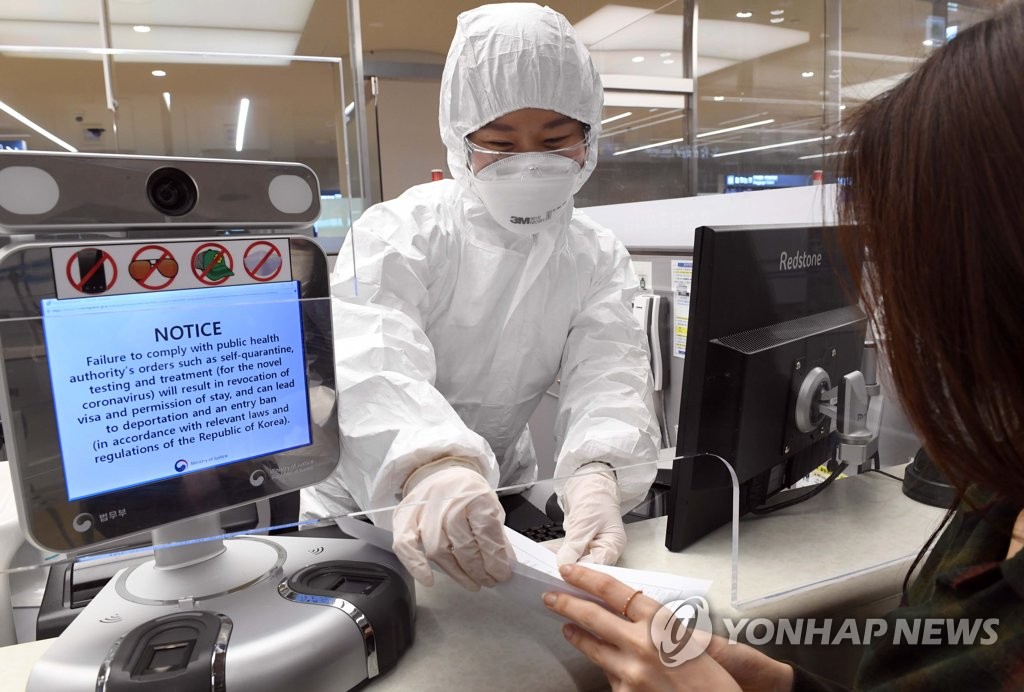 The ministry said it is also looking into a Vietnamese couple who left their self-isolation venue in Seoul and was found in the southern city of Gimhae, 449 kilometers away from Seoul.

The couple is also accused of illegally working here, the ministry said, saying they plan to decide on their deportation soon.

The ministry, however, added the couple may not be able to depart for Vietnam as the country is banning all Vietnam-bound flights.

South Korea has vowed a zero-tolerance stance toward self-isolation violators as it continues to fight the virus.

The country has so far reported 10,384 cases, with recent infections mostly tracing to imported cases and cluster infections.

Starting April 1, the government imposed a rule that mandates self-isolation for all international arrivals. Those who violate the rule or report false information can face up to 1 year in prison or 10 million won (US$8,186) in fines.

The justice ministry said it will consider deportation or visa cancellations for foreign nationals who breach the rules.

Earlier this week, a Taiwanese woman was deported for refusing to stay at a government-designated isolation venue. The woman refused to pay to stay at the facility, which charges around 100,000 won per day, according to the ministry.