The president of the Baltic state said, in a phone conversation, that she is keeping a close eye on South Korea's "successful COVID-19 response" and pointed out that it has introduced massive testing and launched a social distancing campaign aimed at curbing the spread of the infectious disease.

Estonia is using South Korean medical equipment and expressed hope for the continued supply of test kits until the virus is brought under control, according to Cheong Wa Dae spokesman Kang Min-seok.

She said South Korea's handling of the crisis was "very interesting" in that it has placed importance on voluntary measures rather than forceful ones.

"We would like to refer to Korea's response in the process of resuming economic activities after overcoming the COVID-19 crisis," she was quoted as adding. 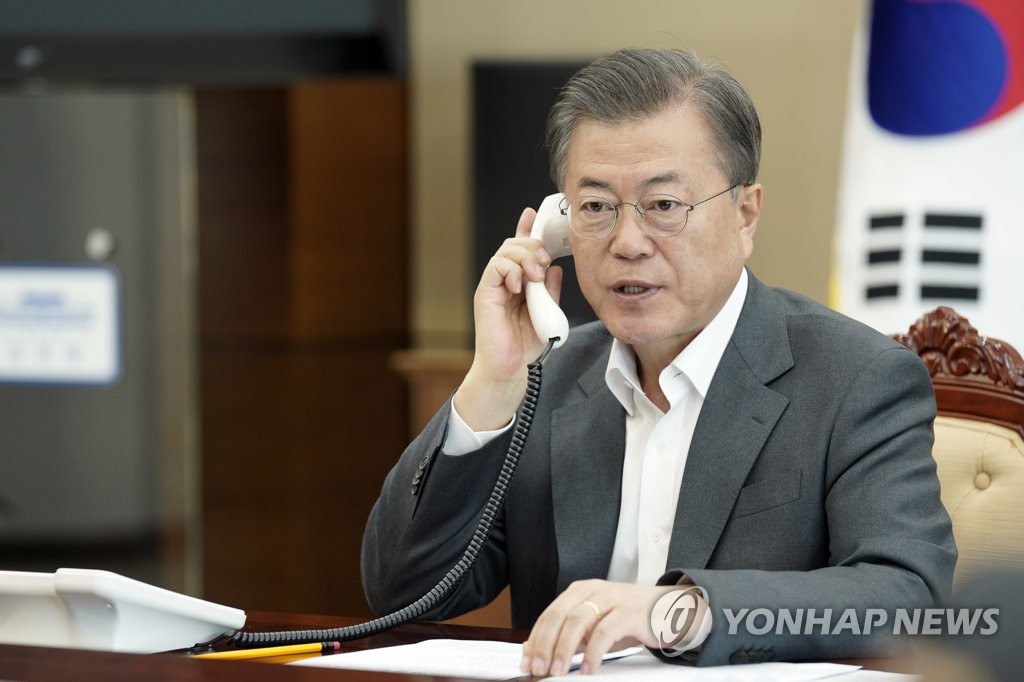 Moon agreed to "actively share" his nation's quarantine and treatment knowhow, as well as clinical data.

He asked Estonia to inform South Korea of medical products it needs through diplomatic channels.

"What's most important in overcoming the crisis is cooperation and solidarity of the international community," Moon said. "International cooperation is needed to develop vaccines and therapeutic agents, and we must work together to restore the shrunken global economy."

South Korea and Estonia have many things that the two sides can cooperate on, especially in bio-health and digital economy areas, he said, noting the European nation is serving as a non-standing member of the U.N. Security Council.

Moon then asked for Estonia's support for peace and stability on the Korean Peninsula.