The April 5 imagery shows the service tower on the ejection test pad pulled back from its static position, according to 38 North.

Its canister support arms are open, while a possible ejection canister appears to be cradled in the "strongback lifting mechanism" that elevates the canister to an upright position, the monitor said on its website.

Also seen are what appear to be two service vehicles or trailers next to the service tower, and a small crane next to the strongback.

"Additionally, four unidentified objects are arrayed on the impact berm located off the west side of the pad, suggesting an ejection test may have just occurred," 38 North said. "During ejection testing, dummy missiles are ejected, often at different trajectories, and create impact craters in the impact berm."

The monitor said the purpose of the test cannot be confirmed but is likely for reliability testing. It added that it cannot determine whether testing has ended or additional ejections may be forthcoming.

Meanwhile, the imagery also showed a "glimpse" of the bow of the SINPO-class experimental ballistic missile submarine in the submarine pen, although it was mostly obscured by the environmental awning, according to 38 North.

"At the north end of the awning, the submersible barge with a mini-submarine berthed to one side is observed protruding from under the awning," it said. "No service vessels are berthed in the secure boat basin and the quay is void of trucks or equipment." 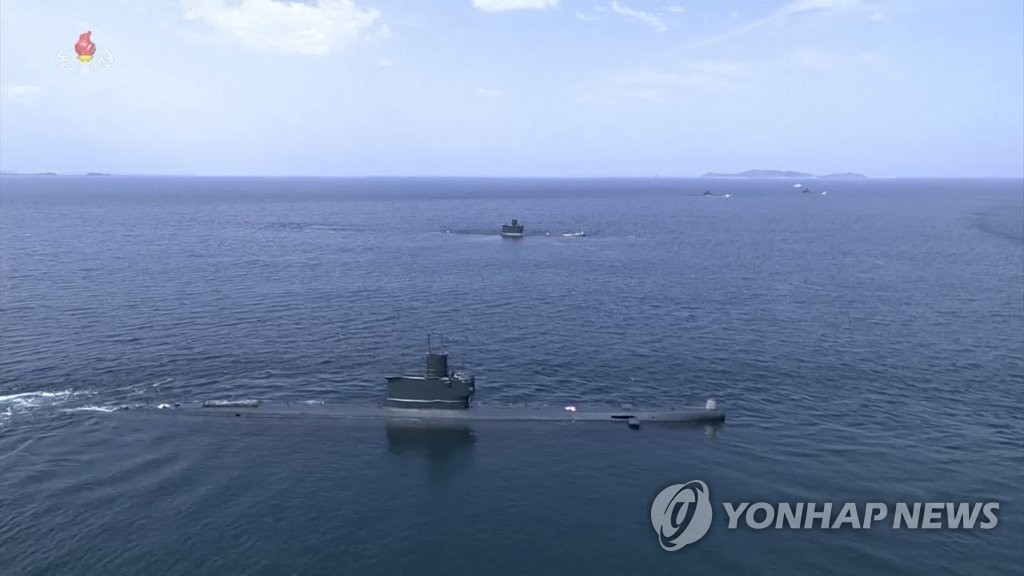