"There is a possibility that unemployment may increase among part-time workers or small business owners," Finance Minister Hong Nam-ki said during a meeting with economy-related ministers.

"The number of applicants for unemployment allowances is estimated to have increased in March from a year earlier," he added.

The number of new applicants for state allowances paid to those unemployed or seeking jobs is estimated to have reached around 150,000 to 160,000 in March, compared with 125,000 posted a year earlier. The finalized data will be released next week. 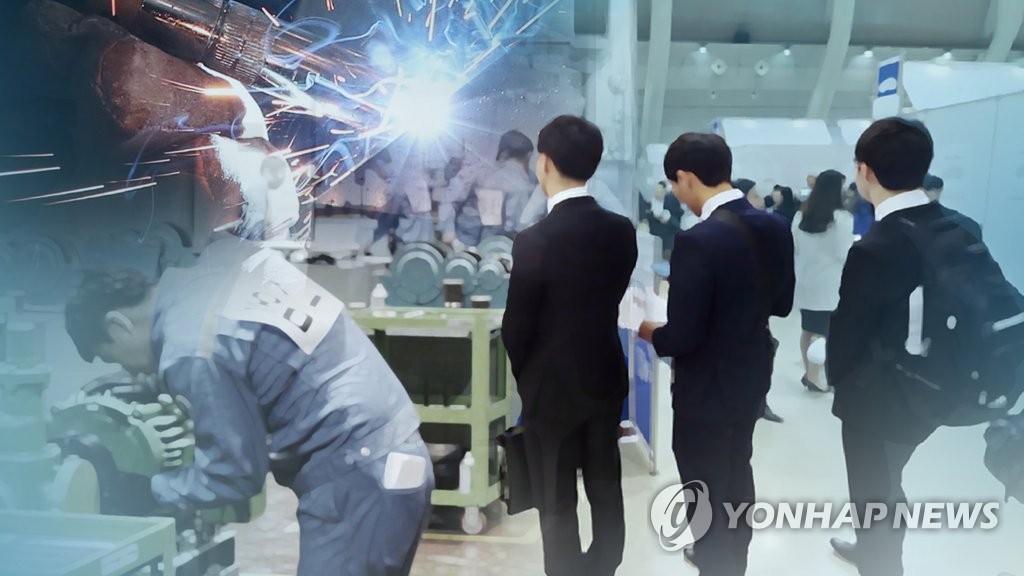 In February, South Korea paid out a total of 781.9 billion won (US$643 million) to the eligible applicants for unemployment allowances, soaring 32 percent from a year earlier to hit a fresh high. The previous record was 758.9 billion won in July last year.

The total number of beneficiaries reached 536,000, up 16 percent from a year earlier.

South Korea's job creation rose by more than 400,000 for the third straight month in February, but the outbreak of the new coronavirus is dealing a harsh blow to some sectors, such as retail and wholesale.

To provide some respite to those who have lost jobs due to the pandemic, South Korea is currently planning to provide shopping coupons and gift certificates to more than half of the country's households.

Households in the bottom 70 percent of gross income will receive the disaster relief aid, which reaches a total of 9.1 trillion won. Seoul will submit an extra budget proposal to the parliament next week for the payout.