SEOUL, April 9 (Yonhap) -- South Korea's tourism industry took a big hit from the novel coronavirus in February due to a reduction in both inbound and outbound tourism, industry data showed Thursday.

Asia's fourth-largest economy registered a tourism deficit of US$365.2 million in February, down from $927.6 million the previous month, according to the data from the Korea Culture and Tourism Institute.

February's deficit, however, is the lowest in 10 months as the range of decrease in spending by outbound travelers was bigger than revenue from the inbound travel sector, it said. 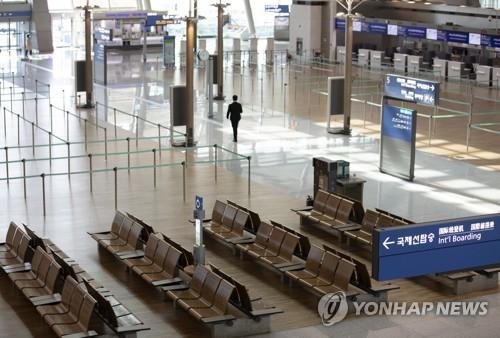 The global tourism industry came to a halt, leading to a tumble in the number of foreign tourists to South Korea and vice versa.

Industry watchers expected South Korea's tourism deficit to sink further in March as the spread of COVID-19 is likely to keep foreign tourists away from the country and South Koreans from visiting foreign countries.

South Korea has said it will temporarily suspend visa waiver programs for countries imposing entry bans on Koreans over the new coronavirus as it seeks to stem imported infections.

South Korea's new coronavirus cases hovered around 50 for the third straight day Wednesday, but the nation marked the grim milestone of 200 virus deaths, according to the Korea Centers for Disease Control and Prevention. The 53 new cases, detected Tuesday and up from 47 new cases a day ago, brought the nation's total number of infections to 10,384