SEOUL, April 9 (Yonhap) -- An airman is under investigation over allegations he took the annual state-administered college entrance exam on behalf of one of his superiors, military officials said Thursday.

The service member, whose identity has been withheld, is suspected of taking the annual College Scholastic Aptitude Test in November on behalf of the senior who has been discharged from the military service last month, it said.

On the test date, a photo of the superior was attached on the identification slip, but the proctor failed to detect the proxy test-taker.

The case was reported to the Anti-Corruption & Civil Rights Commission in February and handed over to the military police via the Seoul Metropolitan Office of Education earlier this month.

"The military police are looking into the case. We will take a stern action according to the law and regulations," an Air Force officer said.

The airman is reportedly denying having received any money or other valuables in return for taking the exam.

The military police plan to collaborate with the civilian police to investigate the superior. 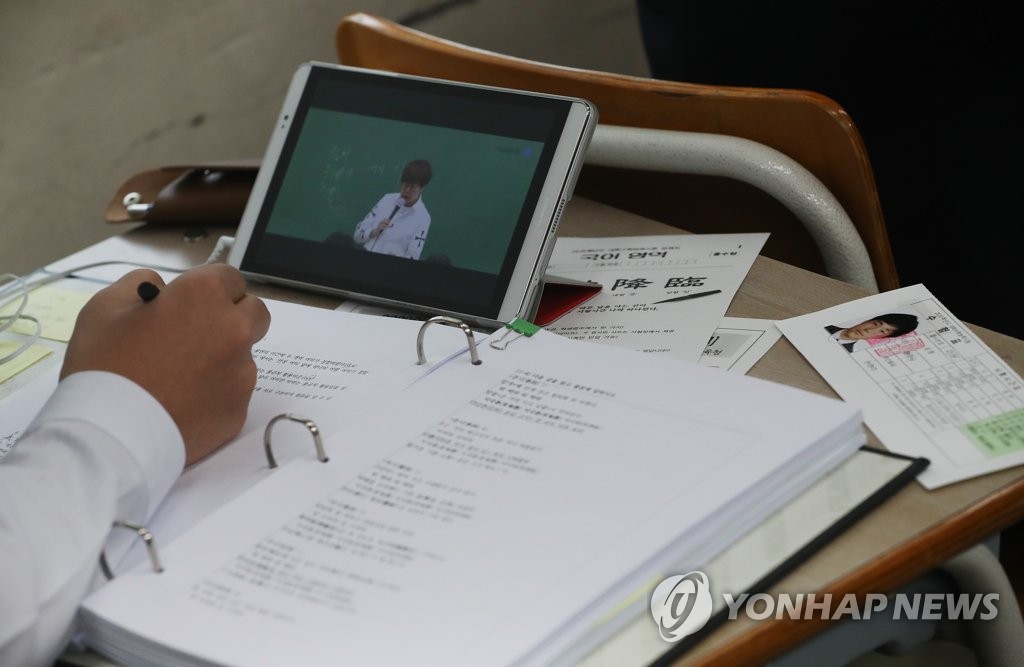