The country's outstanding stock lending stood at a yearly low of 2.82 billion shares as of Tuesday, down 23.8 percent from a yearly high on March 13 when the short-selling ban took effect, according to the data from the Korea Financial Investment Association.

The value of outstanding securities lending came to approximately 61 trillion won (US$50.2 billion) as of Tuesday, down 8.8 percent from March 13.

Outstanding stock lending on the main KOSPI market dropped 17.8 percent over the cited period, with that on the tech-heavy KOSDAQ market tumbling 29 percent.

Stock lending is a transaction in which an investor pays fees to borrow stocks for a certain period of time. It is widely seen as an indicator of short selling, or selling borrowed shares to profit from price falls.

South Korea announced the six-month ban on stock short selling to cope with a stock market rout triggered by the outbreak of the new coronavirus. The ban marks the third of its kind in South Korea, the last having taken place in 2011.

The coronavirus pandemic has been raging through the world, upending economic activity and people's daily lives. More than 1.43 million people have been infected globally to date, with the death toll topping 82,000. 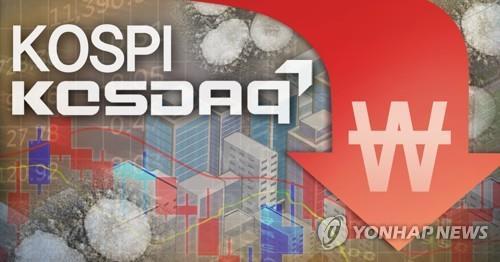