The United Future Party (UFP) decided Wednesday to expel candidate Kim Dae-ho for disparaging those in specific age groups and people with disability. The conservative party also referred Cha Myeong-jin to its ethics committee for slandering families of the victims of the 2014 ferry disaster.

"I sincerely apologize for the two UFP candidates' reckless remarks, which disappointed and angered the people," Kim Chong-in, chief of the party's election committee, said during a news conference.

"I instructed party candidates and officials to be extra careful about their words and deeds. I can promise that this will not happen again," he added.

Kim Dae-ho and Cha Myeong-jin are running in Gwanak, Seoul, and Bucheon, west of Seoul, respectively, in the April 15 parliamentary elections.

Kim Dae-ho said during a meeting of the election committee Monday: "Those in their mid-30s and 40s have no logic. (They're) hugely ignorant and delusional."

He also said in a candidates' debate the following day, "When you get older, you become disabled."

During a TV debate Wednesday, Cha cited a news report that a bereaved family member of a victim of the sinking of the Sewol ferry and a supporter committed indecent acts in their protest tent in central Seoul in May 2018. 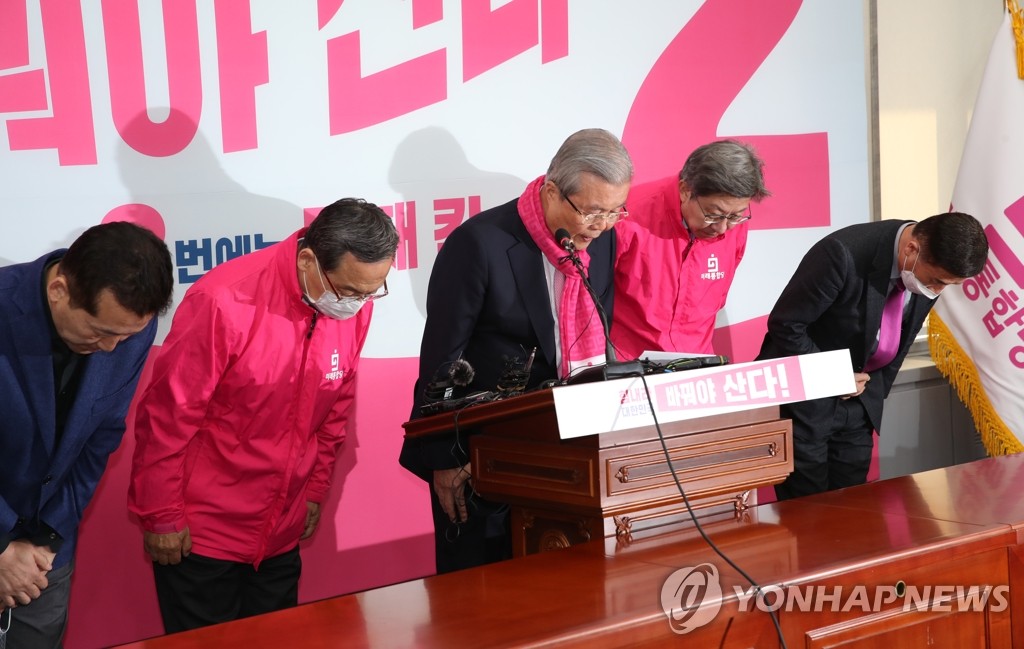