SEOUL, April 9 (Yonhap) -- North Korea's main newspaper highlighted the accomplishments of late leader Kim Jong-il on the 27th anniversary of his 1993 assumption of power Thursday, urging people to build on such feats to make the communist nation more powerful and prosperous.

The Rodong Sinmun, an organ of the North's ruling Workers' Party, carried the message in an editorial, saying the late father of the current leader Kim Jong-un contributed greatly to advancing the country's self-reliant defense industry.

"Comrade Kim Jong-il pushed ahead with the 'military-first' principles during the 1990s when socialism was at a crossroads between progress and setbacks," the paper said, lauding the late leader for laying the groundwork for a powerful state.

The paper then called on its people to be loyal to the guidance and ideologies of leader Kim Jong-un, saying the country "should establish a system solely guided by the Supreme Leader and follow the decisions and orders of the party's central committee unconditionally."

It also urged the country to push ahead with self-reliance in all aspects to achieve a "frontal breakthrough" and to build a powerful socialist country following the principles and boldness of the former leader.

Pyongyang's state media outlets have emphasized the importance of self-reliance frequently since its leader said in December that he expects no easing in sanctions from the United States and called for a "frontal breakthrough" to tackle challenges.
Kim took over as leader after his father died in 2011 in the communist nation's second hereditary succession of power. 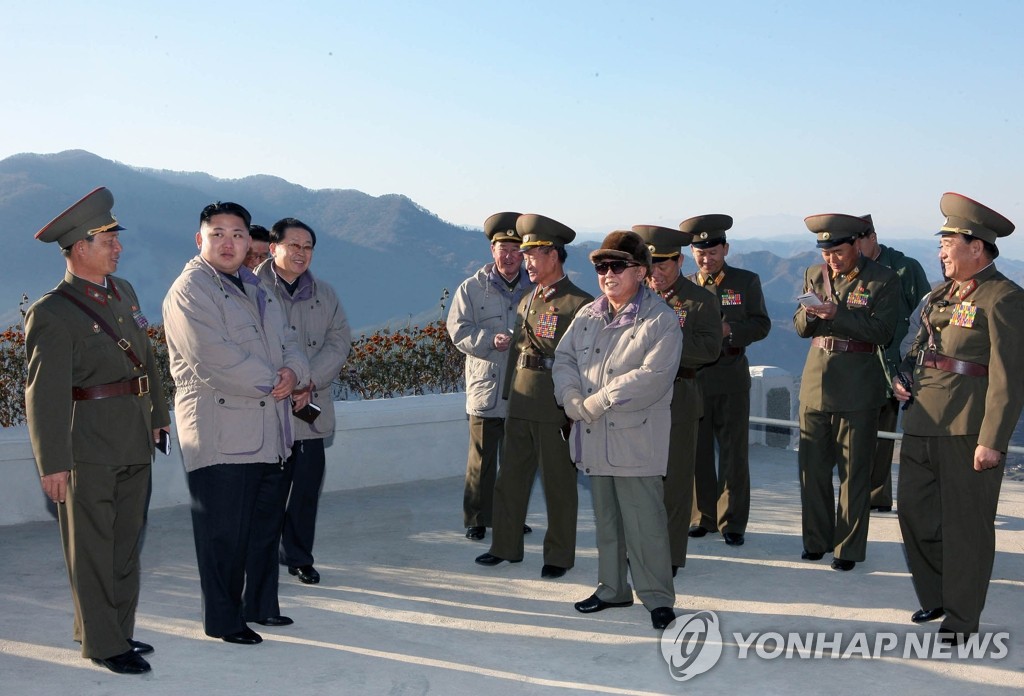