SEOUL, April 9 (Yonhap) -- South Korea's election watchdog said Thursday the country will begin two days of early voting for the April 15 parliamentary elections the following day in the midst of the fight against the new coronavirus outbreak.

Eligible voters will be able to cast ballots at 3,508 polling stations nationwide from 6 a.m. to 6 p.m. between Friday and Saturday, according to the National Election Commission (NEC).

The parliamentary elections that occur every four years will be held in the midst of the battle against the COVID-19 pandemic, with more than 10,000 confirmed cases here.

The NEC has prioritized voter safety in preparing for the election amid concerns that voters could be exposed to the risk of infection.

At the entrance, voters will have their temperature checked. Voters should keep a distance from others of at least 1 meter while waiting to vote.

All voters will cast ballots after disinfecting their hands with sanitizers and wearing plastic gloves. Election officials will disinfect polling booths and ballot stamps.

Voters whose temperature tops 37.5 C or who show symptoms of a respiratory ailment will be guided toward separate polling stations to avoid contact with other people.

The watchdog also set up special polling stations at eight facilities where COVID-19 patients with mild symptoms are being treated.

The NEC is in talks with the government over ways to temporarily lift two-week quarantine rules on the election day so as to permit those in self-isolation over the coronavirus to vote.

According to the NEC, in a survey of 1,500 voters, 72.7 percent of the respondents said they will definitely vote in the elections. 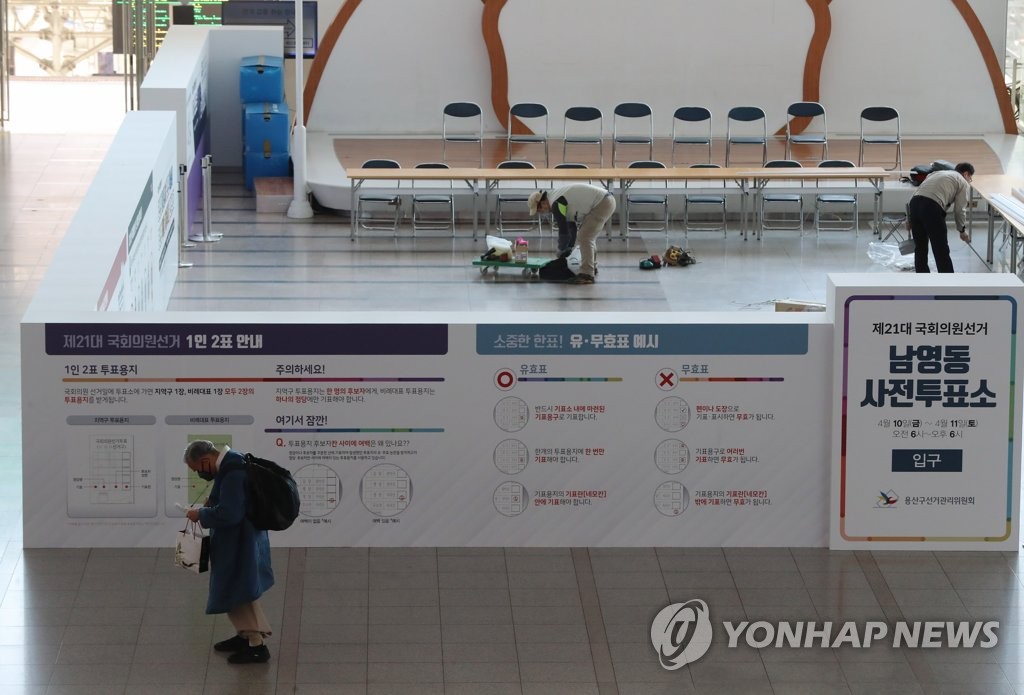