The Korean Volleyball Federation (KOVO) announced the first-time V-League MVPs in a press release, with its annual awards ceremony held behind closed doors at a Seoul hotel due to the coronavirus pandemic.

The event was not televised, and no media and fans were permitted inside. Only the winners were invited for photo ops. 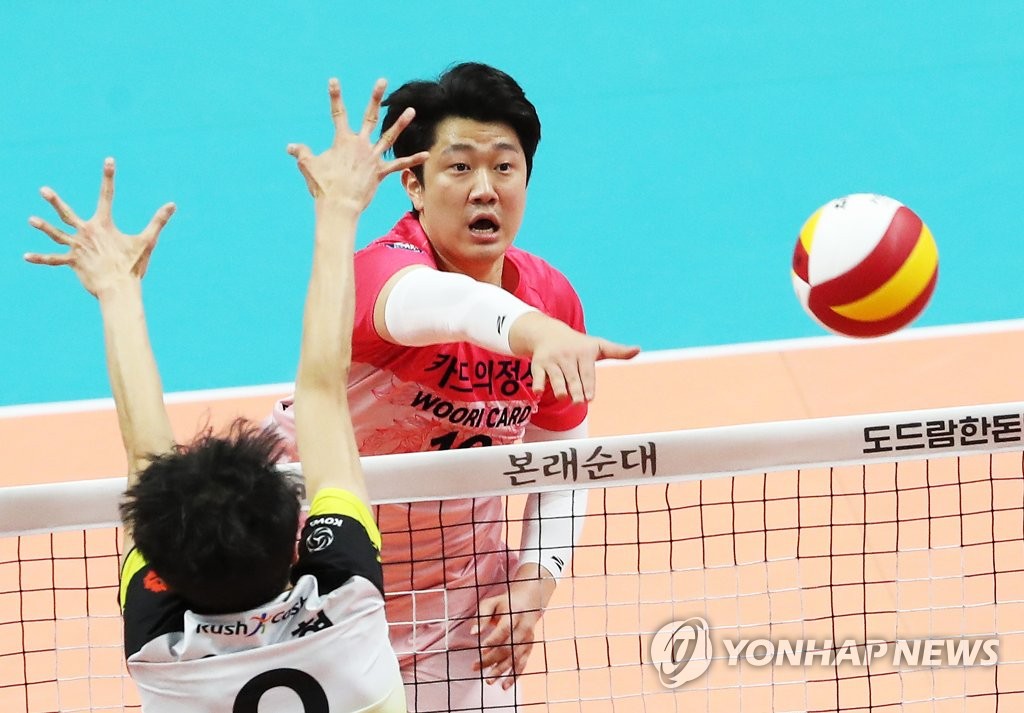 The ceremony provided an anti-climactic, if somewhat fitting, end to the 2019-2020 season. The regular season for both men and women came to a halt on March 2 in the wake of the virus outbreak, and KOVO wiped out the remainder of the season on March 23.

With Na on the attack, the Woori Card Wibee ended up as the men's regular season champions by virtue of sitting atop the seven-team standings. On the women's side, Yang and her Hyundai E&C Hillstate had the best record at the time of cancellation.

Na, the 2016 Rookie of the Year, became only the third player in the league's 15-year history to win both the top rookie award and the MVP. Kim Hak-min, the 2007 Rookie of the Year and the 2011 MVP, and Shin Yung-suk, the best freshman in 2010 and MVP eight years later, are the only other members of the select company. 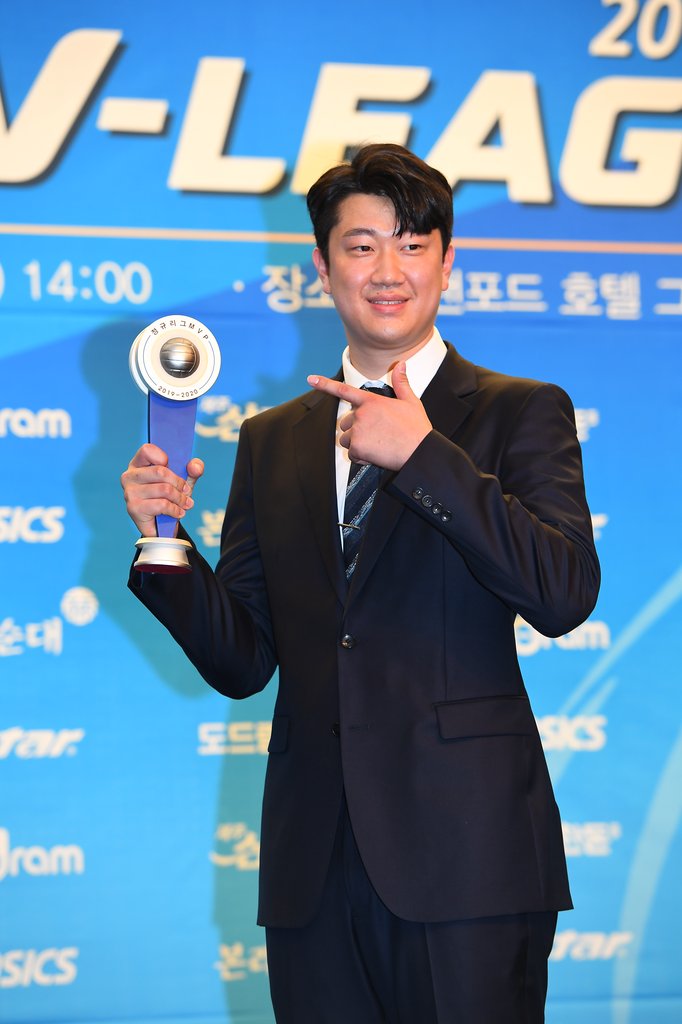 Na beat out Andres Villena of the Korean Air Jumbos 18-10 in the media votes. Though Villena had a better statistical season -- he led the league in total points (786), spikes (669) and aces (66) -- Na had the "the best player on the league's best team" narrative working in his favor.

Na, who turned 26 Wednesday, led all domestic players in total points with 491, good for sixth overall. He ranked fourth in the league and second among South Korean players in attack success rate (52.92 percent).

In a transcript distributed by KOVO, Na said he felt lucky to have won the MVP over Villena.

"I thought Villena was going to win today, and he put up better numbers than I did," Na said. "It feels great to be holding this MVP trophy."

Na said he was able to compete with more consistency this past season, which allowed him to regain some confidence after losing it during the up-and-down 2018-2019 season.

"My teammates and coaches were always encouraging," Na said. "That naturally led to better performance this year." 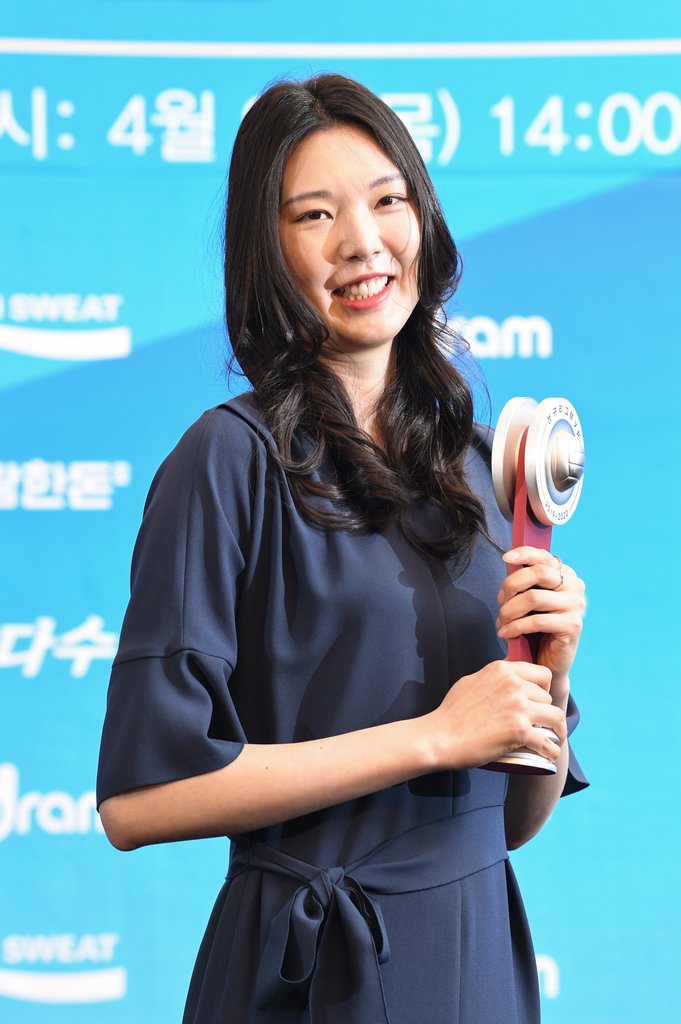 Yang led the league in blocks per set for the 11th consecutive season (0.85), and led all centers with 429 points, good for sixth overall. She was the finals MVP in 2016 but had never won the top regular season award until this year.

Yang said after missing out on the Rookie of the Year trophy in 2008, she'd been dying to get her hands on the big prize.

"If I had been named an MVP early in my career, maybe I would have become complacent," Yang said. "Winning it at this stage of my career means that much more." 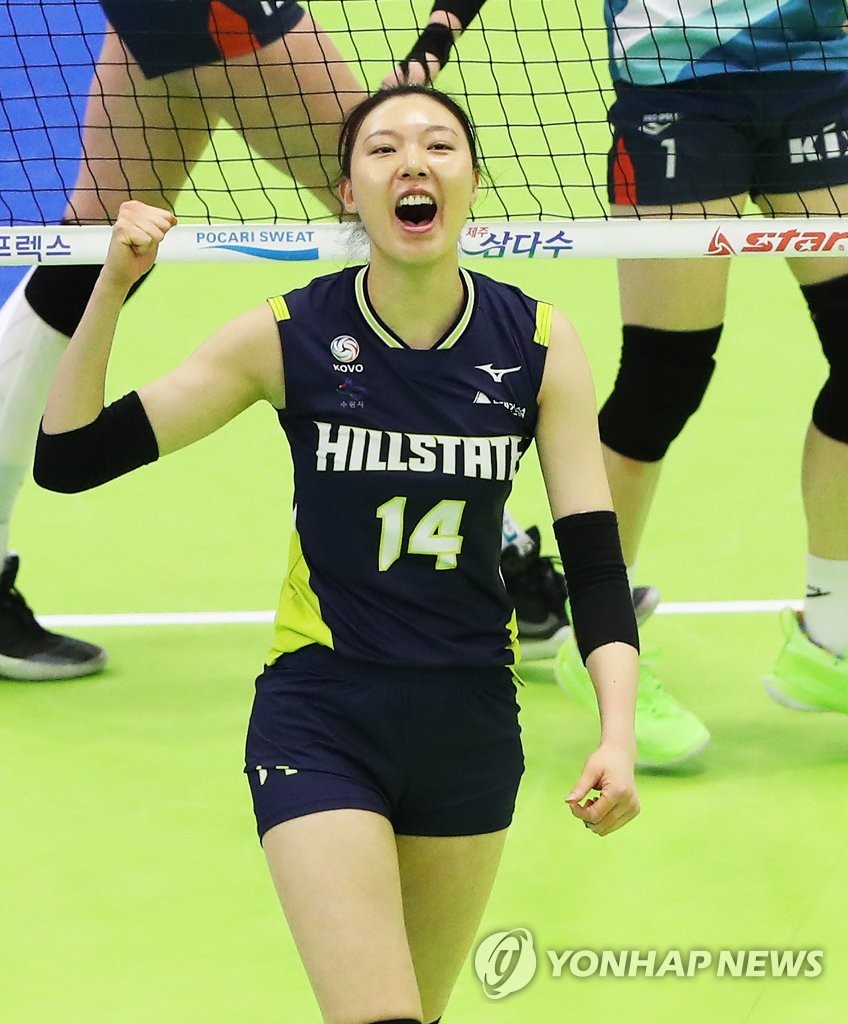