SEOUL, April 9 (Yonhap) -- An Air Force officer was suspended from flying duties for two years for leading drinking sessions while on emergency standby with his fellow officers, the military said Thursday.

In February, the major-level officer affiliated with the 10th Fighter Wing in Suwon, south of Seoul, was found to have drunk beer on three separate occasions between August and September last year along with 15 others at the base's alert area where they stay for emergency standby.

They were in charge of either F-4E or F-5 fighters.

After a probe by the leadership of the base, the officer was given a reprimand, but the Air Force headquarters revisited the case last month and decided on the tougher punishment.

It is the first time an Air Force pilot has been suspended from his or her air mission for two years.

Other airmen were either given reprimands or received warnings, according to the Air Force.

"Regardless of how much they drank, we've taken this issue very seriously," an Air Force officer said. "We will strive to prevent any recurrence."

In the first incident, eight officers shared two 500-milliliter cans of beer. In the second and third incidents, eight officers drank a 1.5-liter bottle of beer and two shared a 500-ml can of beer, respectively. None of them were intoxicated.

The military has come under fire for lax security after a series of civilian infiltrations into military bases. Last month, two civic activists cut barbed-wire fences and trespassed on a naval compound on the southern island of Jeju. 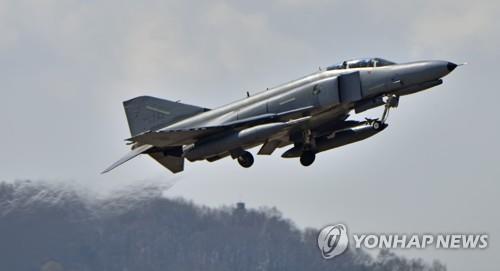