Fire workers rushed to the site at 3:20 p.m. after a report that three men in their 50s and 60s collapsed in a manhole that is 4 meters deep and 2 meters in diameter.

The workers were in cardiac arrest when they were pulled out after 40 minutes. They were taken to hospital where they died.

Toxic gases, including hydrogen sulfide and carbon monoxide, were detected inside the manhole, the authorities said.

The victims are ethnic Koreans from China. It appears that one of them was first trapped inside and then the two others entered the structure to find him, police said. 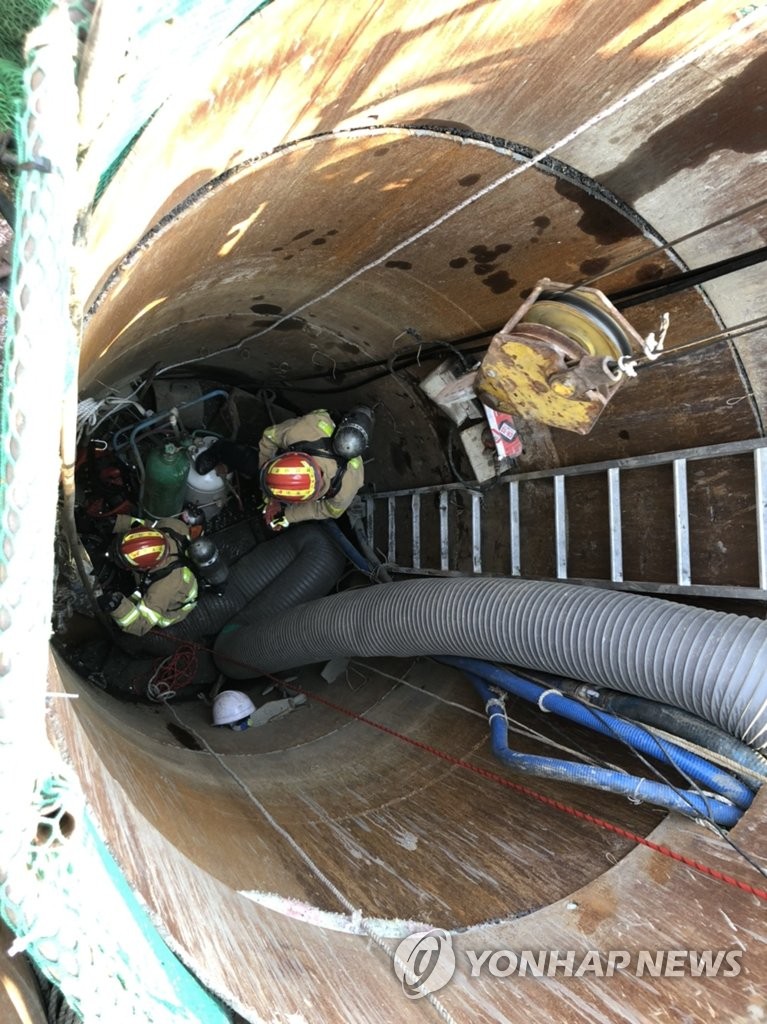