WASHINGTON, April 9 (Yonhap) -- The United States should consider a one-year, interim agreement with South Korea on sharing defense costs in consideration of Seoul's contributions to joint efforts, including the fight against COVID-19, a U.S. expert said Thursday.

In a virtual roundtable with Korean reporters, Victor Cha, a Korea expert at the Center for Strategic and International Studies, said he believes President Donald Trump could approve such a deal despite his previous insistence on getting South Koreans to pay significantly more for the stationing of 28,500 American troops on the peninsula. 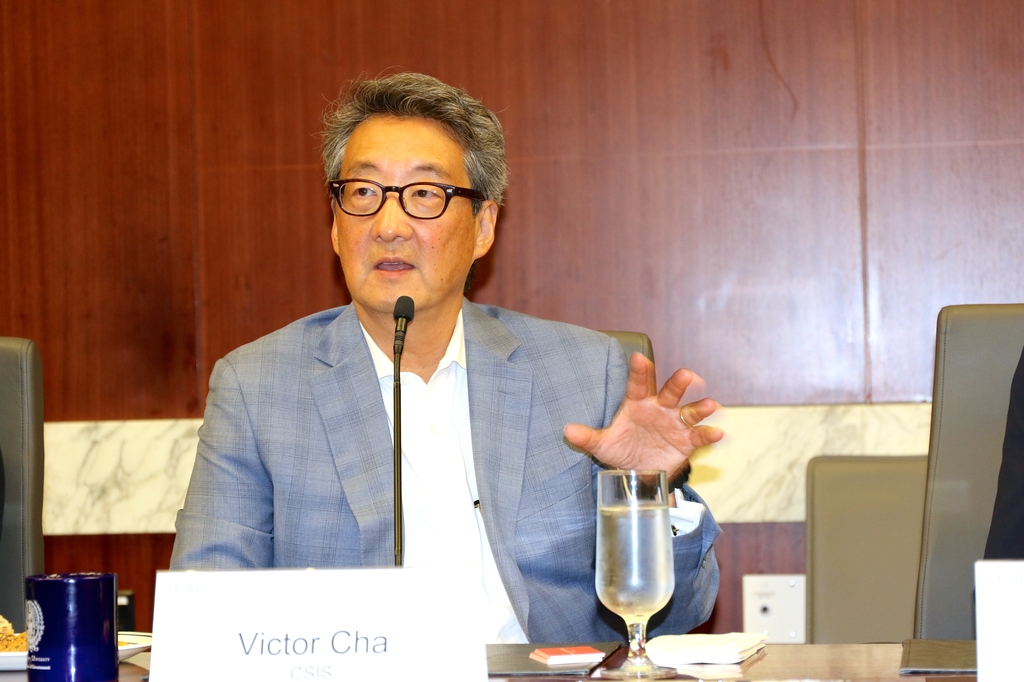 "This is definitely a case where it's pretty clear that negotiators can negotiate all they want, but in the end, only one person's view matters, and that that is Trump," Cha said.

"But if what they're presenting to him is something along the lines of, South Koreans are sending us masks for COVID, they're in the Gulf of Aden, they're doing all this other stuff, let's just put a pause on this -- a one-year interim agreement where Koreans have increased a certain percentage -- and let's revisit this after the election. It's possible, given all that's going on in terms of COVID and wanting to focus on the election, that he might just say yes to something like that," he said, referring to the U.S. presidential election in November.

Initially, Trump reportedly demanded a near fivefold increase in Seoul's financial contributions to US$5 billion from $870 million under last year's one-year Special Measures Agreement, which lapsed at the end of December.

The two sides have held seven rounds of negotiations since September to try to renew the SMA, which has typically covered a multi-year period, but have failed to bridge their gaps.

Meanwhile, the Trump administration has reportedly backed down from its initial demand.

"I think that'd be a real victory for the alliance if they could get some sort of one-year interim agreement," Cha said. "We should all be happy with that, and then just wait for next year."

South Korean media also reported that a tentative deal had been reached and could be announced as early as April 1, but that didn't materialize.

U.S. officials have insisted that negotiations are ongoing to ensure an equitable and mutually beneficial deal for both sides.