SEOUL, April 10 (Yonhap) -- North Korean leader Kim Jong-un has overseen a mortar firing drill, state media reported Friday, ahead of a key meeting of the country's rubber-stamp legislature to be watched closely for any message to the United States.

Kim's attendance in the exercise suggests that a politburo or a plenary meeting of the country's ruling Workers' Party, which used to be held on the eve of a Supreme People's Assembly session, did not take place, and therefore, Friday's SPA meeting may not lead to significant decisions.

The official Korean Central News Agency said that Kim "guided the drill of mortar sub-units" of the Korean People's Army "aimed at learning about the power of light guns and heavy weapons" and "judging and estimating the firepower combat abilities of mortar-men."

He expressed "great satisfaction" over the drill and repeatedly spoke highly of "the amazing marksmanship of the mortar companies of each army corps," the KCNA said.

The KCNA did not specify where and when the drill was held, but Kim's activity is usually reported a day after it happens. It marked the first time in about three weeks that Kim has supervised a military event since he watched a weapons test on March 21.

North Korea has carried out a series of weapons tests and artillery firing exercises this year after a monthslong hiatus. In March alone, the country conducted four major weapons tests, including the firing of short-range projectiles late in the month.

Friday's SPA session is expected to center on economic and domestic issues amid the ongoing fight against the new coronavirus and concerns over the fallout from the pandemic.

North Korea is among just a few countries in the world that claim to have no coronavirus infections, generating speculation that it might be hushing up an outbreak. The country remains on high alert, saying anti-virus efforts are a "political issue" that will determine its fate.

The parliamentary meeting also draws keen attention as Pyongyang could send a message to the United States amid a stalemate in denuclearization talks, which have stalled since a no-deal summit in Hanoi between North Korean leader Kim and U.S. President Donald Trump in February last year. 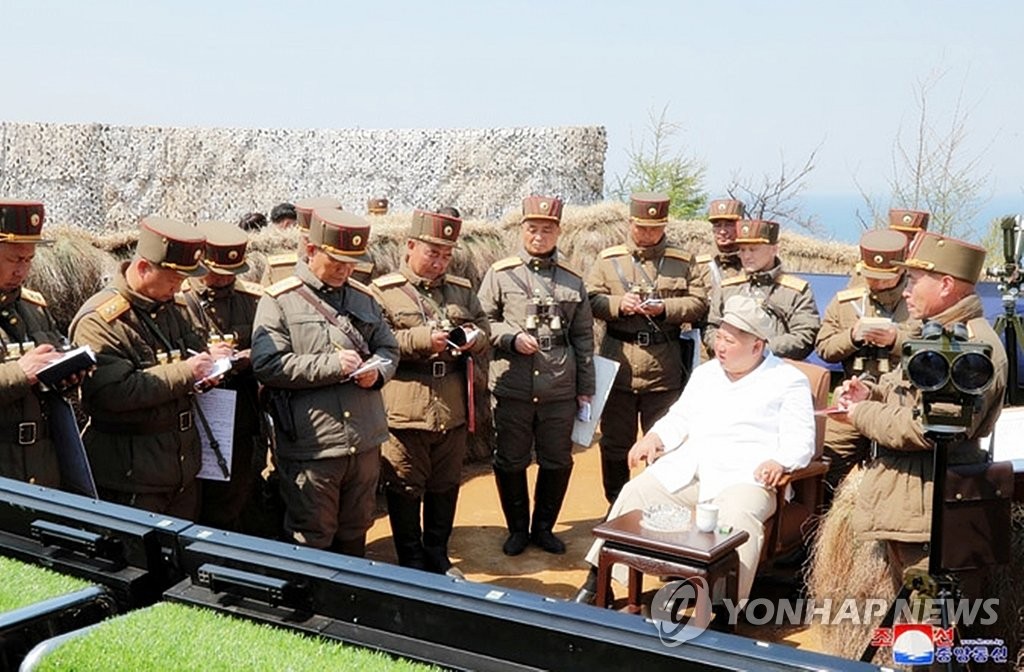