The country's M2 came to 2,955.1 trillion won (US$2.44 trillion) as of end-February, up 0.9 percent from a month earlier, according to preliminary data from the Bank of Korea (BOK).

From a year earlier, the reading marks a 8.2 percent spike, which marks the fastest on-year rise since February 2016.

The BOK attributed the sharp rise to increased supply of credit to households and companies.

Fresh bank loans to local households came to 9.3 trillion won in February, the largest monthly increase since the central bank began compiling such data in 2004, the BOK said earlier.

Corporate loans gained 5.1 trillion won in February, followed by a 18.7 trillion-won spike the following month that marked the highest monthly gain since June 2009.

In February, funds held by local households, including nonprofit organizations, added 10 trillion won, while funds held by non-financial firms gained 4.3 trillion won from a month earlier, according to the BOK. 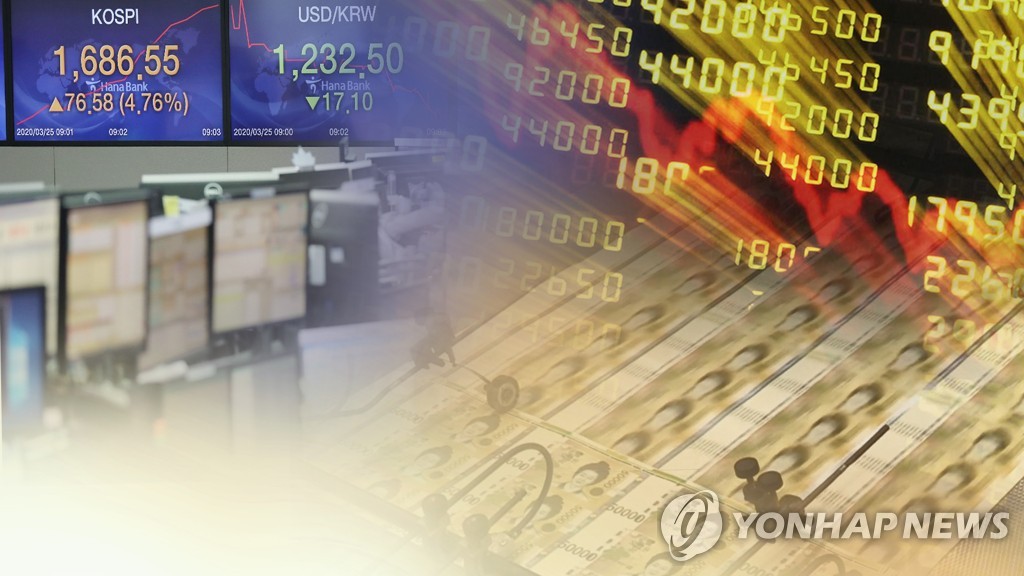 Korea's money supply spikes by most in 4 years in Feb.

Korea's money supply spikes by most in 4 years in Feb.