The talks with U.S. Army Chief of Staff Gen. James McConville took place at the request of the American general to share information on the South Korean military's response to COVID-19, the Army said.

During the talks, Suh highlighted prompt epidemiological investigation and the polymerase chain reaction (PCR) diagnostic tests as measures that contributed to limiting the spread of the virus in the military.

"Our Army is effectively preventing infections in barracks through preemptive and strong measures, and is contributing to the prevention of the virus' community spread by mobilizing our forces for the nationwide efforts for inspection, quarantine and treatment," Suh said.

He also expressed gratitude to McConville for U.S. forces' support in disinfecting the virus-hit southeastern city of Daegu last month.

McConville said he is aware of the South Korean Army's response to the virus and has been sharing the lessons with the U.S. military across the world. The general also praised U.S. Forces Korea (USFK), saying the USFK's standards have become the U.S. Army's standards, according to the Army.

The two generals agreed on the increasing role of the Army in the face of non-military security threats, such as the new virus, and vowed to continue cooperation until the COVID-19 crisis ends.

Prior to the conversation with McConville, Suh also held phone talks with USFK Commander Gen. Robert Abrams and 8th Army Commander Lt. Gen. Michael Bills, according to the Army.

The military had reported 39 cases of the new coronavirus as of Thursday. Among them, 35 have fully recovered, according to the defense ministry. 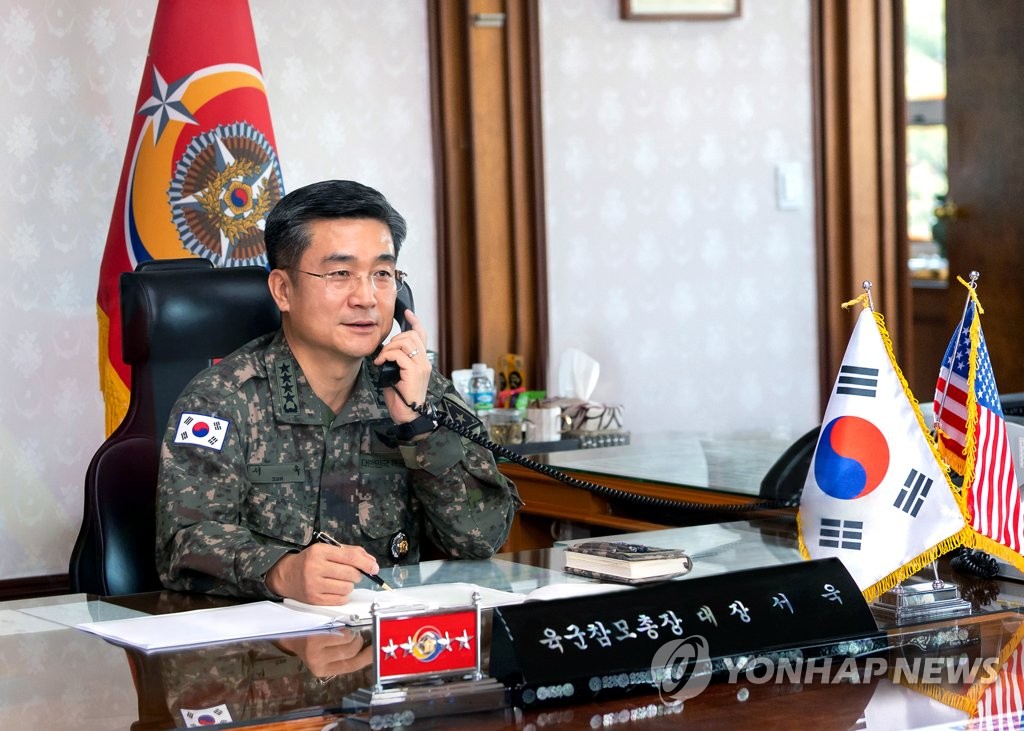