SEOUL, April 10 (Yonhap) -- During his recent 14-day quarantine in coronavirus-hit South Korea, Jared Hoying, an American slugger for the Hanwha Eagles of the Korea Baseball Organization (KBO), may have found his second calling.

The tough-as-nails outfielder has an observant, thoughtful streak. And while he could not play baseball for two weeks, Hoying used that time to channel his inner writer.

"One positive that did come out of (the quarantine) was I actually started typing up a bunch of my stories from over the years," Hoying told Yonhap News Agency in an email interview Thursday. His two weeks were up, and he finally rejoined the Eagles earlier in the day in Daejeon, 160 kilometers south of Seoul.

"I wouldn't quite say I'm writing a book but over my years of baseball dating back to college, I always kept a journal and wrote down funny stories or experiences along the way," Hoying added. "Had a bunch of stuff on paper and in my head, so figured I should type them on the computer eventually. And now was the perfect time." 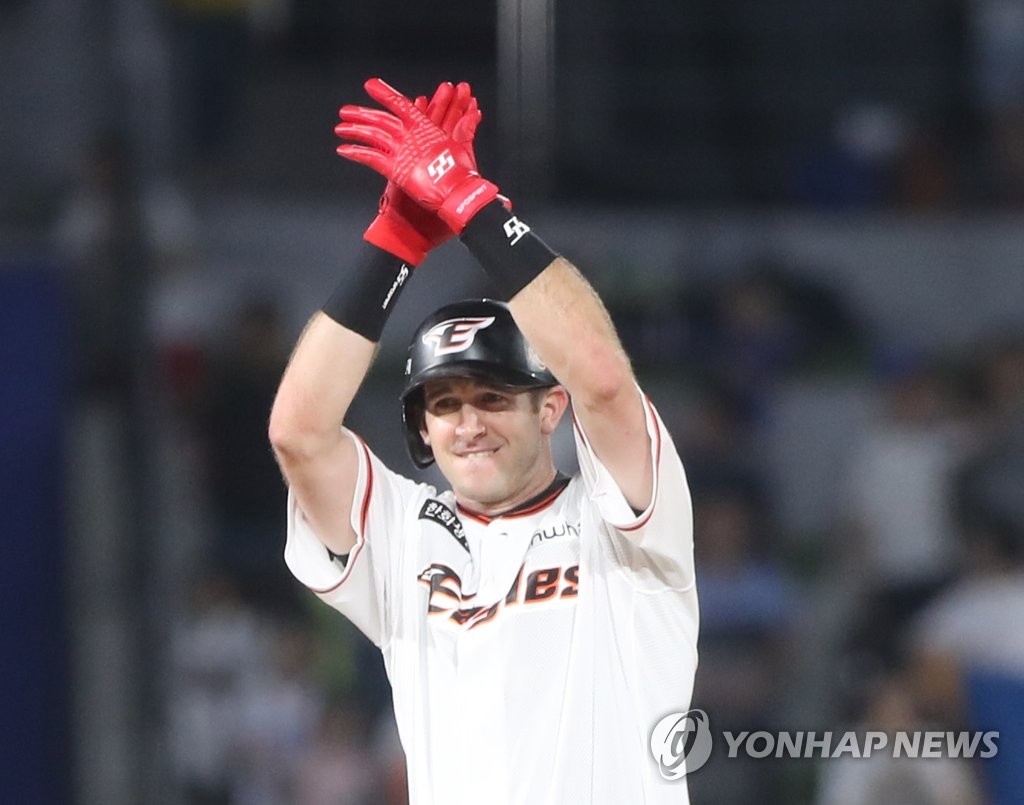 In a normal year, Hoying would be playing regular season games by now, and he would not have had the time to sit down and organize his thoughts. But the COVID-19 pandemic changed everything.

With South Korea getting ravaged by the virus in early March, Hoying was allowed to return to his family in the United States after the Eagles wrapped up their spring training. But as the situation improved in South Korea and worsened in America, Hoying was rushed back to the country he calls home for about seven months a year.

Due to the government mandate on all international arrivals, Hoying first had to be cooped up at his place for 14 days before he could be reunited with his Eagles teammates.

Couple that with the earlier cancellation of the preseason and the postponement of the start of the regular season, and Hoying has had his preparations thrown well off track.

"Baseball players are such routine-oriented people that when it gets messed up, that's where it can affect you mentally," Hoying said. "Whenever a situation is tough, I give myself one day to be (angry) about it and complain, then after one day, I deal with it and try to be positive and upbeat and make the adjustment whatever that may be."

Hoying admitted he struggled to keep himself busy for 14 days and added, "Don't know if I could have been locked up any longer without totally losing it!" 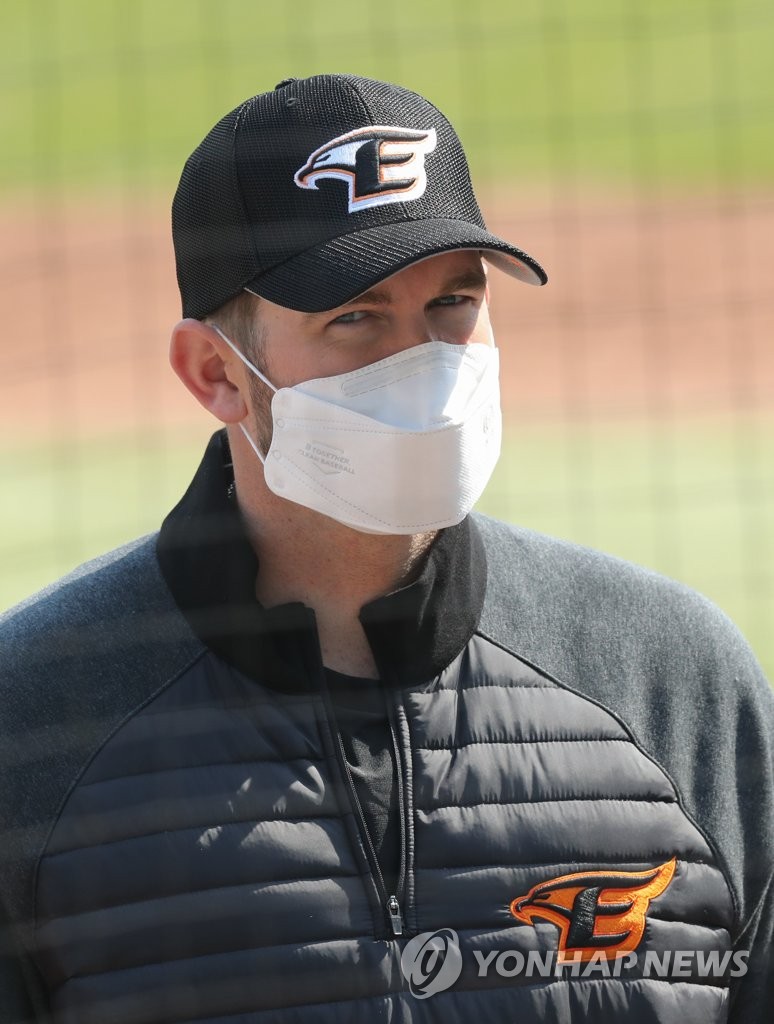 "The hardest part was literally sitting still and knowing that I had to just sit and watch movies most of the day," Hoying said. "You can only do so many sit-ups and push-ups and clean for so long. My apartment is now spotless."

Hoying yearned for the simple pleasures of life.

"I missed the fresh air and sunshine the most, and just being able to walk around," he said. "I would catch myself sitting by the window and just staring outside, watching cars or people walk around below."

All he has to stare at now is the opposing pitcher on the mound -- though, for the time being, it will be one of his Eagles teammates because teams are only allowed to play scrimmages. Hoying expects himself to be ready for game action in a week to 10 days. That will give him plenty of time to be set up for the regular season, which is now expected to begin in early May.

After missing only two out of 144 games in 2018, Hoying was sidelined for 20 games in an injury-plagued 2019. He was diagnosed with a season-ending, stress fracture in his right ankle in early September.

Hoying called his ankle injury "weird" and shrugged it off as being part of the game. Entering his age-31 season, Hoying should perhaps ease up and not play through as much pain as he has.

But that's not what he is made of. The man knows only one way of playing the game, and that is to play hard.

"It takes a lot for me to come out of a ball game," he said. "I can normally play through a lot of pain. Every baseball player has something that is nagging him but over the years, you just learn to play through it."

And that kind of dedication has endeared him to the Eagles' fan base over the past two years. 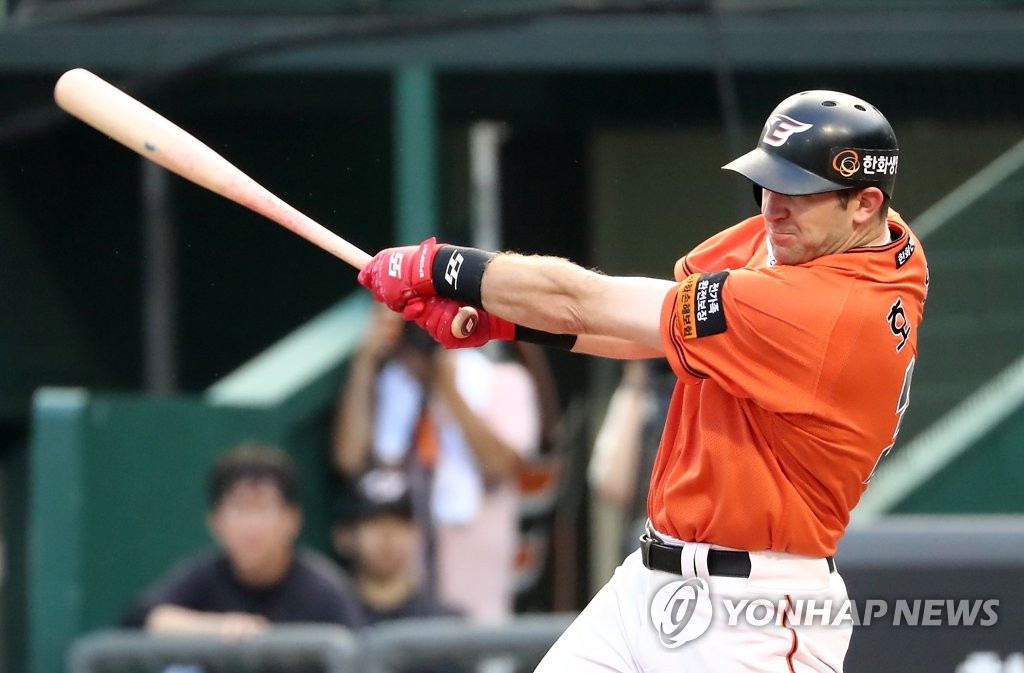 "It's almost like there's a switch in my head that says, 'It's go time when the lights come on.' Once I'm on the field, I can't turn it off," he said. "I'm so competitive that it's in my DNA to play so hard. I learned that at such a young age it's who I am. I don't like to get beat in anything and I think that's why I always play hard all the time."

Going hard at it for two seasons in a foreign country has also taught Hoying valuable lessons.

"The biggest thing I've learned (so far in the KBO) is that you have to be comfortable in your own skin and truly have to trust yourself and know your body," he said. "Foreigners are expected to play every day and produce. And the best part about that is knowing it's all on myself. If I don't do well, it's my fault no one else's, plain and simple.

"In a weird and comforting way, I know I'm going to get the opportunity to play every day and produce," Hoying continued. "And if I don't, I go home. It's that simple. There are no politics involved. It's all about producing and helping the team win."

If the KBO season does begin in early May, baseball will be the only game in town, with football's K League still seemingly weeks away from even settling on a rough timetable. On top of that, there will be fans outside South Korea trying to follow the KBO, craving as they have been for any baseball in the absence of big league action.

"I hope people watch our games and realize how exciting they are and how intense the fan base is, and also how good some of these guys are!" Hoying said. "I tell people at home all the time there are tons of guys in the KBO that could play at the major league level. Hopefully, this is their chance to prove that with a worldwide audience." 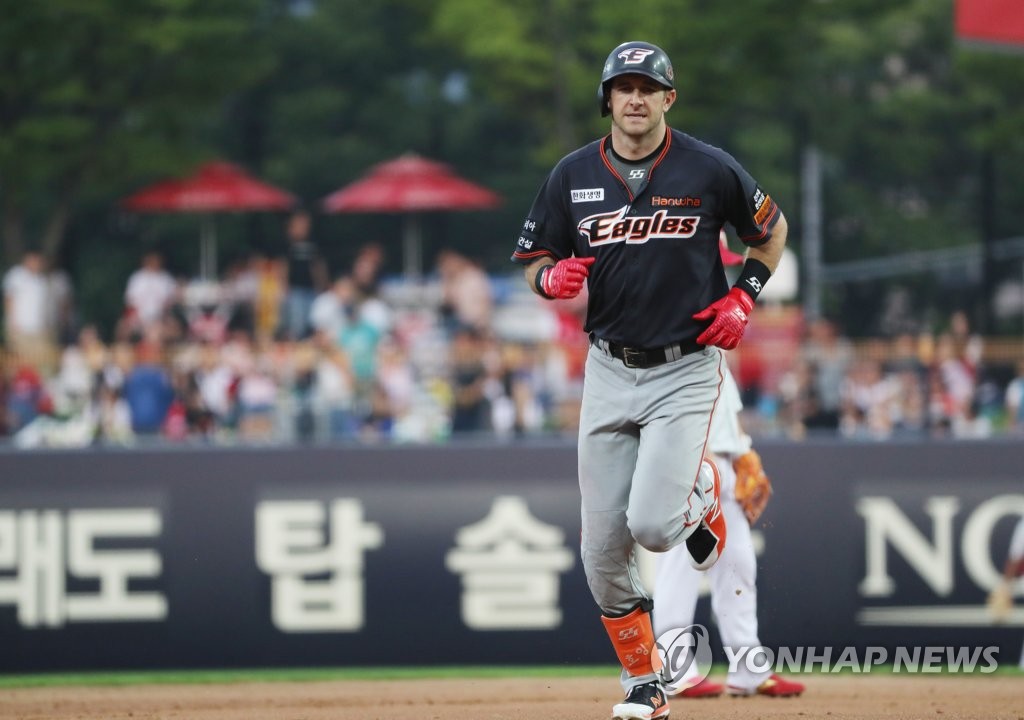