SEOUL, April 10 (Yonhap) -- Wearing a face mask against the coronavirus, President Moon Jae-in cast his ballot Friday, as South Korea began a two-day early voting for the April 15 parliamentary elections that are seen as a referendum on him.

He voted at a polling booth established inside a Samcheong-dong community service center near Cheong Wa Dae in Seoul.

Moon cast the early ballot as part of efforts to help enhance public awareness of the elections and raise the voter turnout, according to his aides.

The early voting will run through 6 p.m. Saturday at 3,508 polling stations across the nation.

South Korea is the first major country to hold an in-person national election amid the COVID-19 crisis. Multiple opinion polls showed that Moon's approval ratings have been on the rise in recent weeks, apparently driven by a view that his government has handled the pandemic better than many other countries. 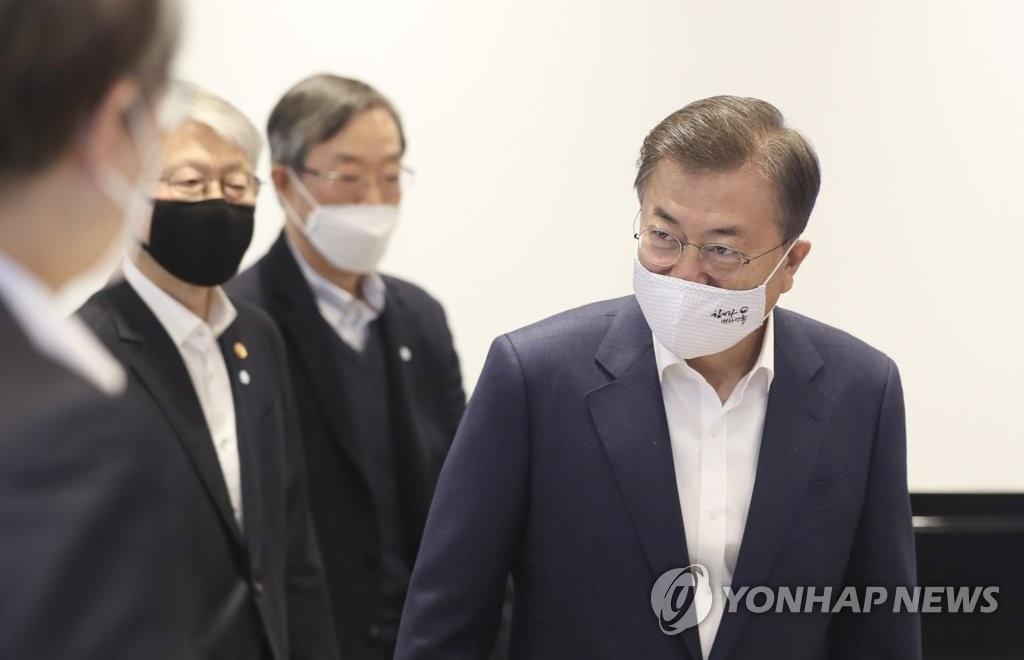