He voted at a polling booth inside the Samcheong-dong community service center near Cheong Wa Dae in Seoul.

Moon cast his ballot early to help enhance public awareness of the elections and raise voter turnout, according to his aides.

He showed up at the center with first lady Kim Jung-sook and some senior presidential secretaries.

Moon had his temperature checked by a poll worker, got his hands disinfected and wore gloves before taking the ballot papers. 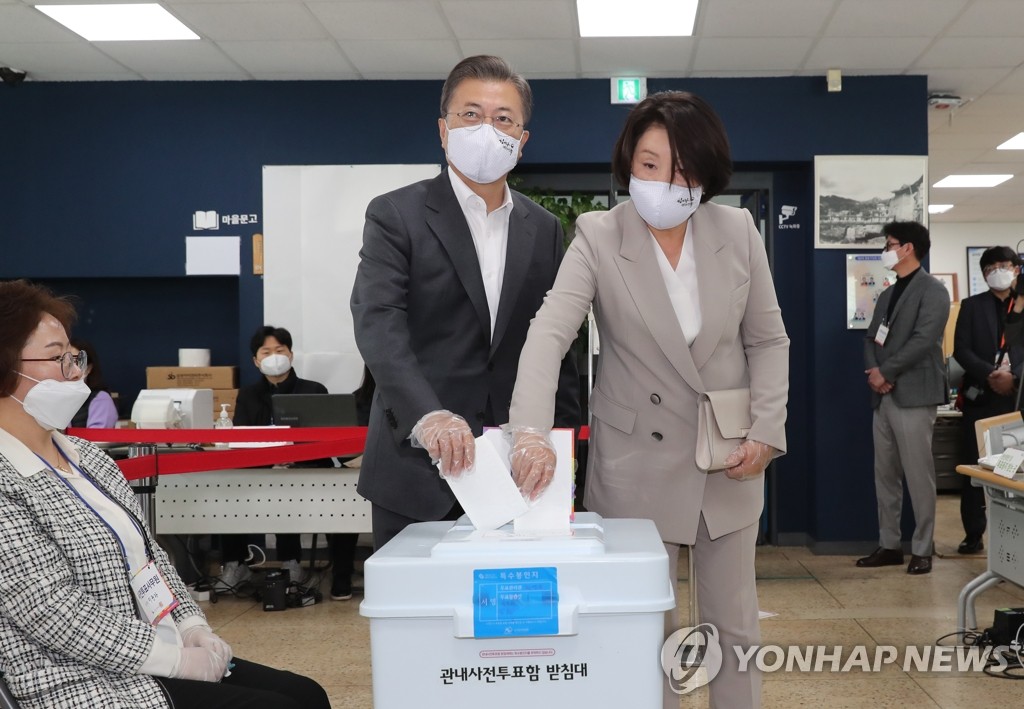 The early voting runs through 6 p.m. Saturday at 3,508 polling stations across the nation.

South Korea is the first major country to hold in-person national elections amid the COVID-19 crisis. Multiple opinion polls showed that Moon's approval rating has been on the rise in recent weeks, apparently driven by the view that his government has handled the pandemic better than many other nations.