SEOUL, April 10 (Yonhap) -- North Korea's rubber-stamp legislature was to hold a once-or-twice-a-year session on Friday, with economic and public health issues expected to take center stage amid its ongoing fight against the novel coronavirus.

The Supreme People's Assembly (SPA) usually meets in April every year to address the state budget and Cabinet reshuffling, but it has been closely watched from outside for any glimpse into the reclusive state's stance on foreign affairs, including its stance on denuclearization talks with the United States.

Friday's meeting, however, is expected to center on discussions of major domestic issues, given that Pyongyang has been making all-out efforts to block the outbreak of COVID-19 on its soil.

North Korea is among just a few countries in the world that claim to have no coronavirus infections, generating speculation that it might be hushing up an outbreak.

Pyongyang has tightened control of its borders with China, where the coronavirus originated in late December. It has also toughened quarantine criteria and restricted the movement of people and goods.

In particular, the border closure with China could weigh on its already moribund economy long crippled by global sanctions, as it depends heavily on the neighboring ally for its trade.

It is unclear whether leader Kim Jong-un will attend the SPA meeting. Observers say that he is unlikely to be present as he was not among deputies elected in March last year to the parliament.

Kim attended last year's meeting to give a policy speech at the session.

Earlier in the day, state media reported that Kim has supervised a mortar firing drill. It did not provide details on when and where the drill took place, but such military activity is usually reported a day after it happened.

But there have been no state media reports on a politburo and a plenary meeting of the ruling Workers' Party, which used to be held with Kim in attendance ahead of an SPA session.

Experts say that the North could announce an increase in its budget to improve public health infrastructure and unveil measures aimed at cushioning the impact of its anti-virus campaign on its economy during the SPA meeting.

Friday's session is also drawing keen attention as Pyongyang could send a message to the United States amid a stalemate in denuclearization talks, which have stalled since a no-deal summit in Hanoi between North Korean leader Kim and U.S. President Donald Trump in February last year. 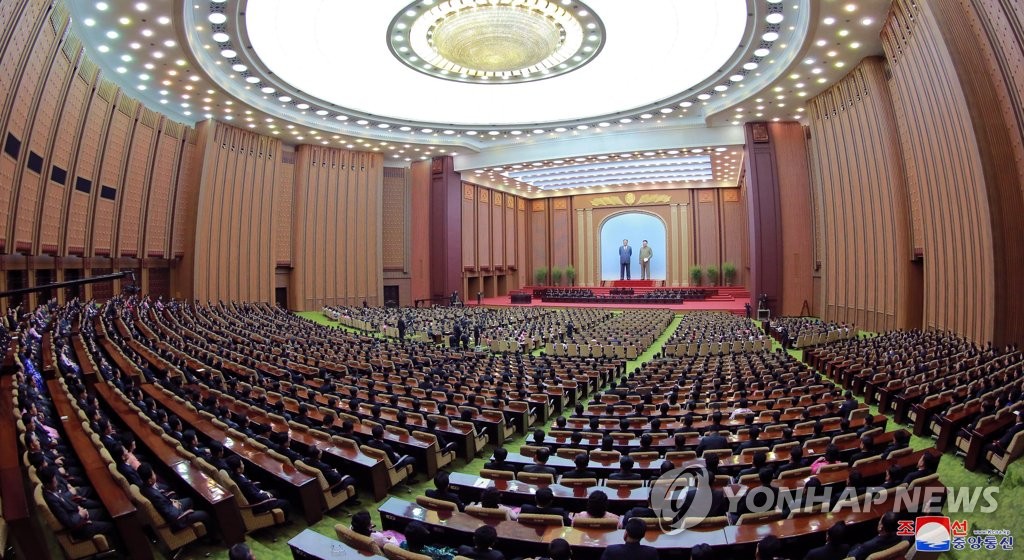