SEOUL, April 10 (Yonhap) -- President Moon Jae-in on Friday ordered South Korea's new navy chief to focus on beefing up combat readiness and to step up efforts to raise public awareness on the importance of the Jeju naval base.

The president emphasized the need to bolster the Navy's combat power and to play a role in garnering support from Jeju residents for the major naval base on the southern resort island, according to Cheong Wa Dae's deputy spokesman Yoon Jae-kwan. 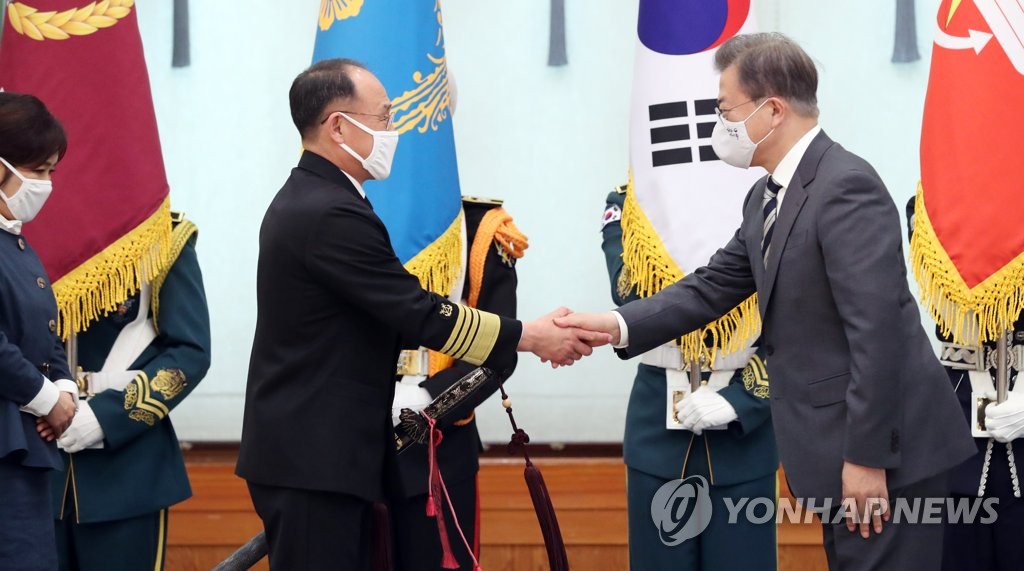 Moon noted that the admiral hails from Jeju himself and served as head of the Navy's task force on construction of the base.

He told Boo to "explain well" the significance of the base for the goal of achieving a blue-water navy.

During his inauguration speech earlier in the day, the admiral called for strict discipline and readiness posture among service members.

"For the Navy to be supported by the public and receive trust, we need to ensure strict military discipline and mental readiness posture," Boo said, according to a transcript released by his office.

He was commissioned as an ensign in 1986 and has served in key naval roles, including commanding the 2nd Fleet and heading the Naval Academy. Prior to his appointment as the Navy chief, he was the head of the military support directorate at the Joint Chiefs of Staff.
scaaet@yna.co.kr
lcd@yna.co.kr
(END)