SEOUL, April 10 (Yonhap) -- South Korea's southeastern city of Daegu, once considered the country's epicenter of the coronavirus pandemic, reported no additional infections Friday for the first time since the outbreak there nearly two months ago.

In the latest sign of a slowdown in the spread of the virus, the number of new infections in the city located 300 kilometers south of Seoul stood at 6,807, unchanged from a day earlier, according to the Korea Centers for Disease Control and Prevention (KCDC).

The country's fourth-largest city, which has a population of 2.5 million, still accounts for more than 65 percent of the country's total COVID-19 cases.

The number of deaths from the city reached 142, accounting for around 70 percent of the 208 official COVID-19 deaths in the nation. 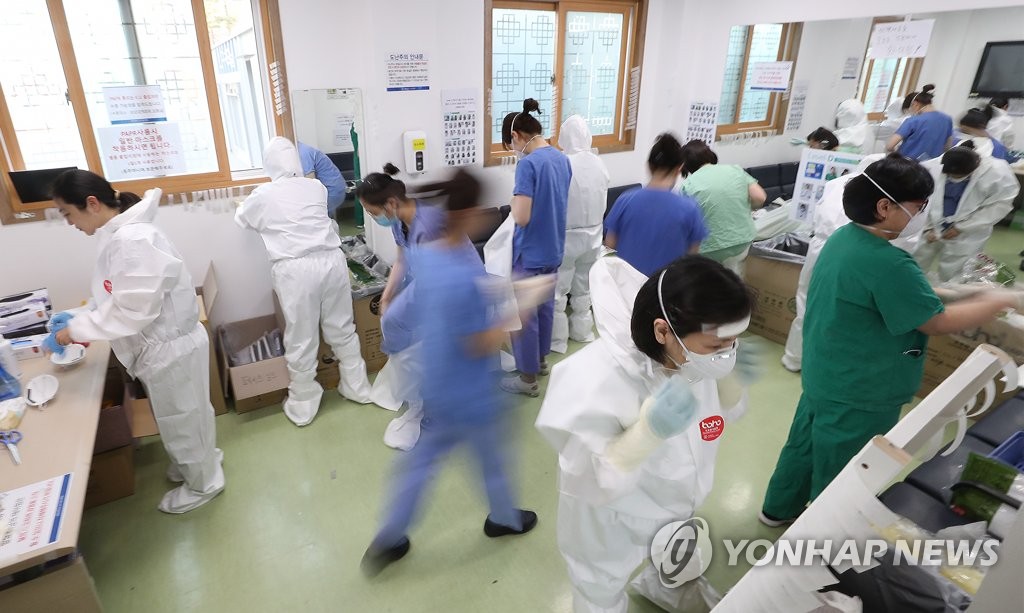 After reporting its first COVID-19 case on Feb. 18, the number of coronavirus patients had risen sharply in the city, with the daily increase reaching a peak at 741 on Feb. 29.

Daegu continued to add around 300 to 500 new patients every day in early March due to massive testing of followers of Shincheonji, a minor religious sect, but the number started to decrease in line with strict quarantine measures and social distancing drive.

At least 4,500 infections from the city were traced to the Shincheonji church, according to health authorities, and hundreds of virus cases, mostly cluster infections, were also reported from nursing hospitals.

Health authorities in Daegu, however, vowed to remain vigilant, as the city could see more cluster infections.

South Korea's new coronavirus infections fell below 30 on Friday for the first time since Feb. 20. The 27 new cases, detected Thursday and down from 39 a day ago, brought the nation's total infections to 10,450.