SEOUL, April 10 (Yonhap) -- Voters wearing face masks and disposable gloves cast their ballots on Friday not long after a two-day early voting period kicked off amid the virus pandemic that has infected more than 10,000 here.

Some 3,500 polling stations were set up across the country, running from 6 a.m. to 6 p.m. on Friday and Saturday, according to the National Election Commission.

Voters were asked to stand at least 1 meter apart from each other, with mandatory temperature checks. Some officials were seen wearing plexiglass that covered most of their face for added safety. 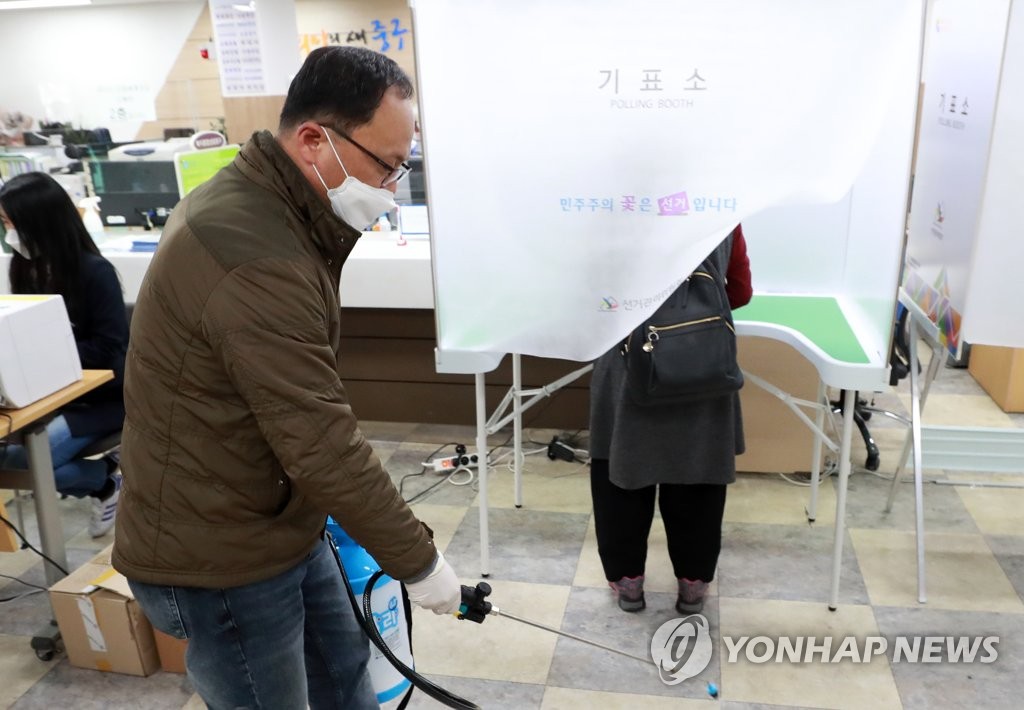 "I wanted to stamp my hand and share the photo on social media, but couldn't do that since I was wearing a plastic glove," she said.