Since its first case on Jan. 20, the country has reported a total of 10,512 people confirmed infected with COVID-19, with 7,368 of them, or 70.1 percent, fully recovering and released from quarantine, according to the Korea Centers for Disease Control and Prevention (KCDC).

The number of virus patients under treatment peaked at 7,470 on March 12 but fell sharply to 2,930 on Sunday, the health authorities said. 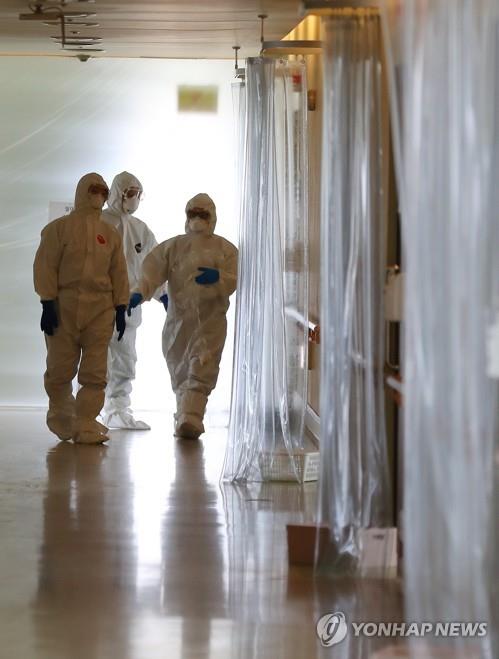 Health authorities in Daegu, where 65 percent of the country's total COVID-19 cases have been reported, said it takes about 25 days on average for a virus patient to be released from quarantine. The assessment was based on nearly 5,000 recovered people in the city.

Despite a rising recovery rate and a marked slowdown in new infections, the KCDC has been urging South Koreans to stay vigilant as the country's COVID-19 mortality rate has been on a steady increase.

In particular, the mortality rate of COVID-19 patients aged 80 or older was 21.47 percent, the highest among all age brackets.