SEOUL, April 12 (Yonhap) -- Born in Vancouver to a Korean mother and a Canadian father, the teen hockey prospect Sasha Mutala had a unique perspective while following the 2018 Winter Olympics in South Korea's PyeongChang.

In more ways than one, it reminded the 18-year-old of watching the 2010 Winter Games in his hometown. He was pulling for two countries during both competitions.

"A feeling of pride rushed over me watching the different events, always hoping and cheering for either Canada or Korea to win a medal," Mutala told Yonhap News Agency in a recent email interview. "Seeing both countries do very well was extra special and gave me a great sense of pride being both Canadian and Korean." 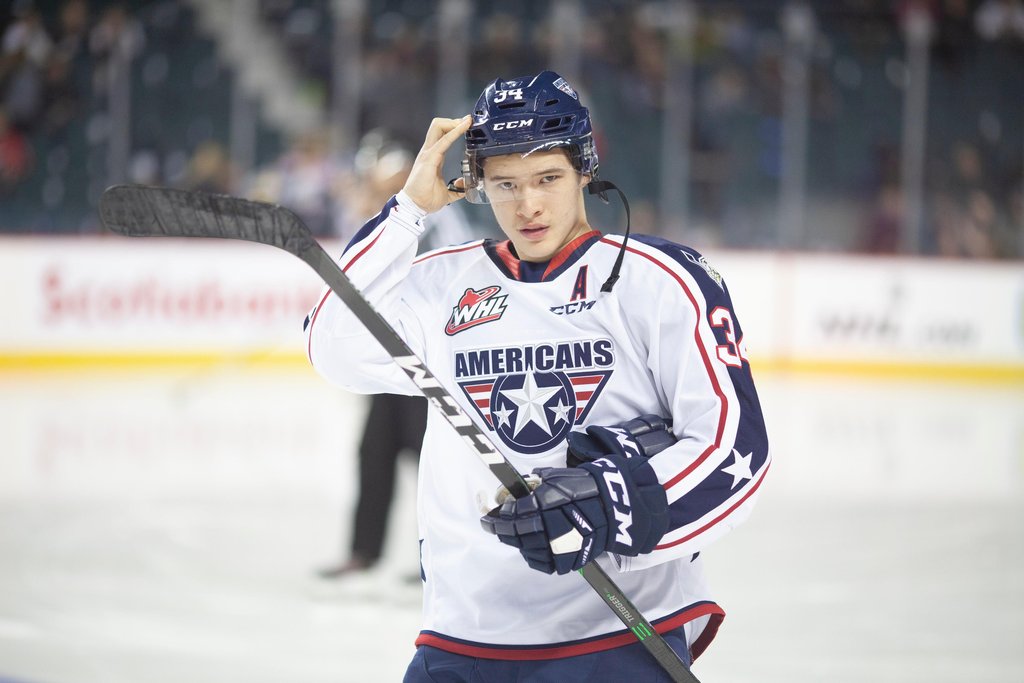 Mutala's mother, Kim Ji-young, has never let her son forget his roots, so much so that Mutala, a fifth-round pick by the Colorado Avalanche in the 2019 National Hockey League (NHL) draft, fully understands what playing for South Korea would mean for his family.

"If I am fortunate enough to be granted that opportunity, it would be a great honor to represent Korea in international hockey," he said. "I know that it would make my mom very proud. My mom always instills a sense of pride in me for being Korean, and being a part of Korean hockey would be a very exciting thing for everyone in my family."

Mutala has represented his birth country before, competing at the annual under-18 tournament, Hlinka Gretzky Cup, in 2018. He scored two goals and set up two others in five games, as Canada grabbed gold.

"(Playing for Canada) inspired me to play extra hard, knowing we were representing an entire country as U-18 players," he said. "It was a great experience in seeing the top players from different countries as well as being able to compare myself to other players across Canada. This allowed myself to watch players I wouldn't regularly be able to watch and see how I could improve my own game and better myself."

And improve, he did. The right winger for the Tri-City Americans in the Western Hockey League (WHL) is coming off his best season in major junior hockey. Described by scouts as a gritty two-way forward who competes with tenacity, Mutala led his Kennewick, Washington-based team with a career-high 67 points (28 goals and 39 assists) in 62 games in 2019-2020. Those numbers would have been higher if the season hadn't been prematurely canceled due to the coronavirus pandemic last month. 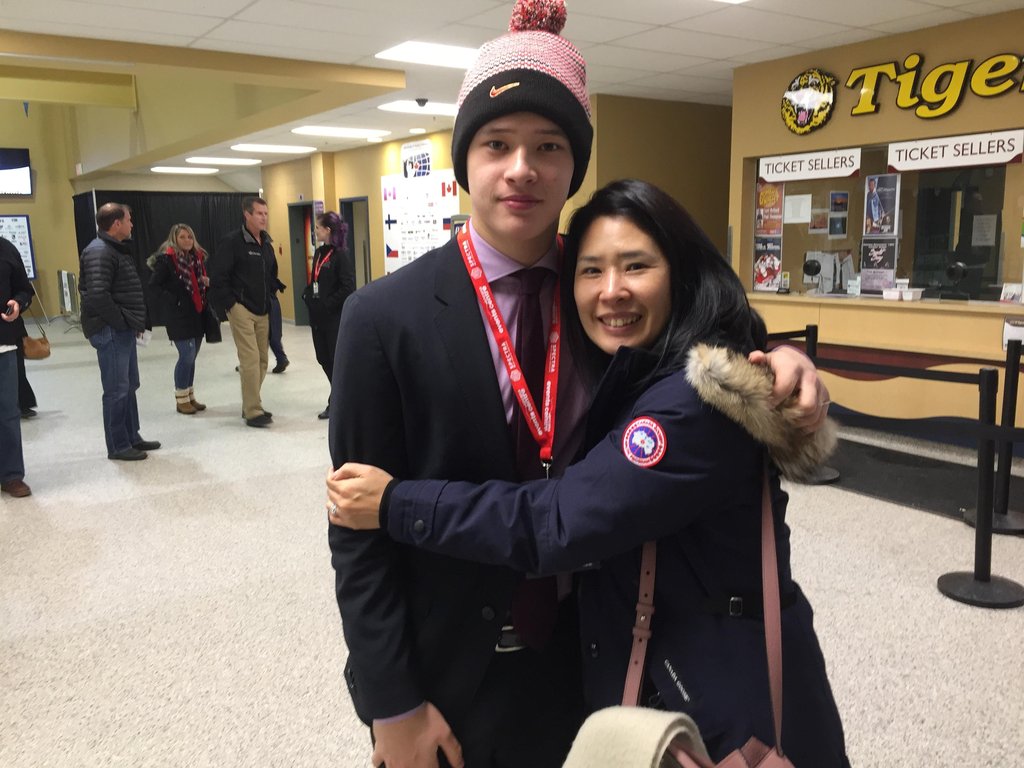 "(Playing in the WHL) has allowed me to grow as a person by living away from home, and as a player by playing against other top players," said Mutala, who was selected by the Americans with the sixth overall pick in the 2016 WHL draft.

"Throughout the years, the WHL has taught me discipline, responsibility and most of all perseverance. It has also taught me that you must work for everything you want to achieve," he added. "The league is one of the best development leagues and that is a credit to the players I am fortunate enough to play with and against on a daily basis. On top of the hockey, the people I have met through the league and the Tri-City Americans organization have allowed me to create many lifelong friendships."

And considering the amount of personal adversity he's had to overcome, that Mutala has established himself as one of the WHL's top forwards is a testament to his mental fortitude.

In December 2017, Mutala's mother was diagnosed with breast cancer. She underwent surgery the following February, and chemotherapy came next in the summer.

Then in September 2018, his father, Don, suffered a stroke. Sasha, the only child, managed to find enough time to spend with his parents while juggling his junior hockey career six hours away in the United States.

The 185-centimeter, 89-kilogram forward still put up a respectable 20 goals and 21 points in 65 games in the 2018-2019 season. And the best news that came out the difficult period is that his parents are both doing well.

This past season, Mutala proved what he's capable of when he can dedicate his full attention to hockey.

"This season, I was lucky enough to be given lots of opportunity to play top minutes and be a leader on my team," he said. "Personally, I feel that I did a good job of creating offensive chances, playing at a high pace and working with my teammates to put the puck in the net. For next season, I really want to work on my shot more, my skating and of course, my strength." 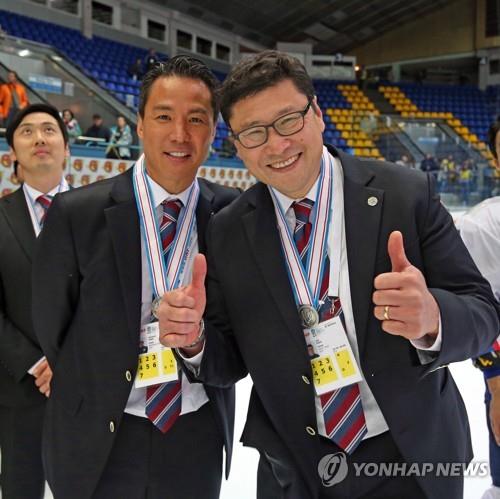 Mutala said he models himself after Blake Wheeler of the Winnipeg Jets. Like Mutala, Wheeler is a right winger who shoots right-handed. The Jets captain has also been one of the NHL's top playmaking wingers for the past several years, with 91 assists in each of the past two seasons and 65 helpers in 71 games this season before play was halted.

But Mutala's favorite player is Auston Matthews, the high-scoring center for the Toronto Maple Leafs. Mutala even wears No. 34 after Matthews, the first overall pick in 2016 and the Calder Trophy winner as the NHL's top rookie in the 2016-2017 season.

"I think he plays an exciting brand of hockey and has one of the best shots in the league," Mutala said of Matthews. "He's someone I have always loved to watch and learn from, as I try to get to the NHL level."

And like all hockey players, playing in the NHL is the ultimate for Mutala. Getting drafted by the Avalanche, an up-and-coming team with a talented young core and a smart front office, can be both a blessing and a curse -- the former because they're primed for sustained success by the time Mutala reaches the big show, and the latter because the team's offensive depth means extra hurdles for Mutala to clear to make the team.

He said his versatility should allow him to fill any role the team needs him to fill.

"I can play up and down the lineup and on both the power play and penalty kill," he said. "I am willing to play anywhere and do whatever it takes to crack the lineup and then eventually help the team win a Stanley Cup."

The NHL has so far had only two players of Korean descent: Jim Paek, who won back-to-back Stanley Cups with the Pittsburgh Penguins in 1991 and 1992, and Richard Park, who played 738 games for six teams from 1994 to 2012. At the 2018 Olympics, Paek was the South Korean men's head coach and Park was his assistant.

Mutala is trying to be the next in the NHL.

"The thought of maybe being the next Korean hockey player in the NHL is an exciting one and is something I work toward," he said. "Knowing that it would make Korea very proud and all the support I would get from the country means a lot to myself. It makes me want to push harder and make this dream come true."