The ambassador tweeted a photo showing him holding up his own campaign logo that showed two palms touching each other to symbolize the South Korea-U.S. alliance, while wearing a facial mask with his signature mustache printed on it.

"Glad to take part in @MOFA_kr's #StayStrongCampaign in the fight against #COVID19!" Harris wrote on Twitter, referring to Seoul's Ministry of Foreign Affairs.

The U.S. envoy then tagged three people, as requested by the ministry, to continue the campaign. The three are U.S. Forces Korea Commander Gen. Robert Abrams, British Ambassador to South Korea Simon Smith and South Korean Ambassador to the U.S. Lee Soo-hyuck.

On Thursday, Harris came into the spotlight due to a media report that he does not does not plan to continue his ambassadorship beyond the November U.S. presidential election regardless of whether U.S. President Donald Trump wins a second term.

Following the report, the U.S. Embassy in Seoul said that Harris remains "energized" to continue to serve in the job as he has frequently said there is no better place to serve as ambassador than South Korea. 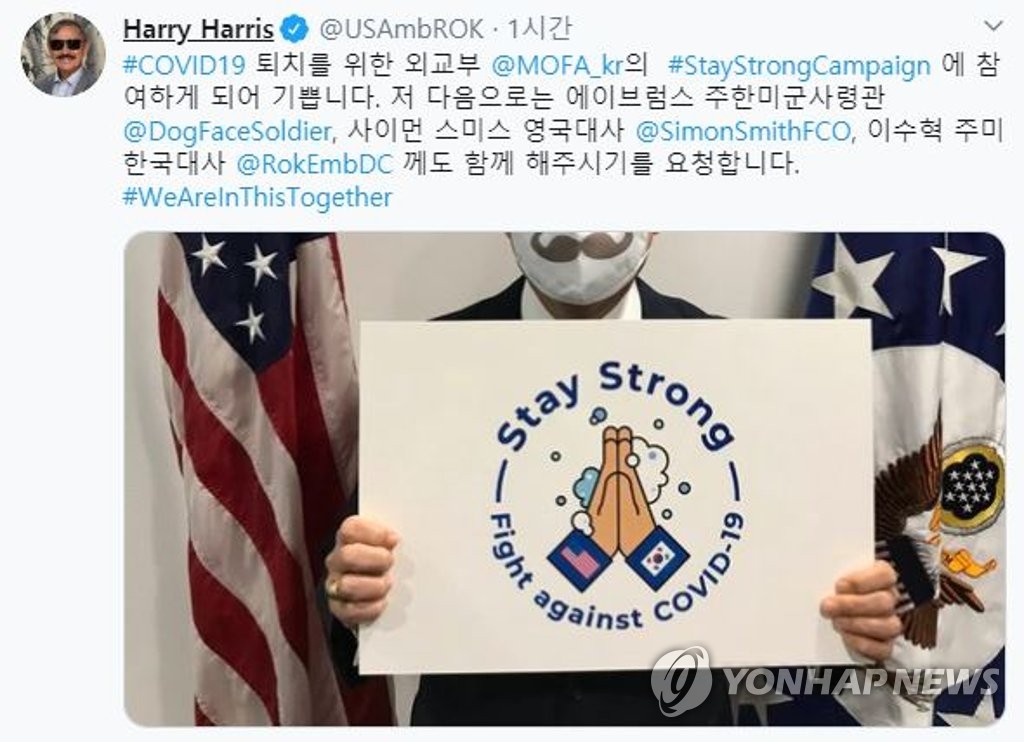