The Seoul Central District Court sentenced the junior Cha to 1 1/2 years in prison with a stay of execution for three years after finding him guilty of dangerous driving.

The 34-year-old was also given two years of probation and ordered to attend a 40-hour compliance driving lecture. 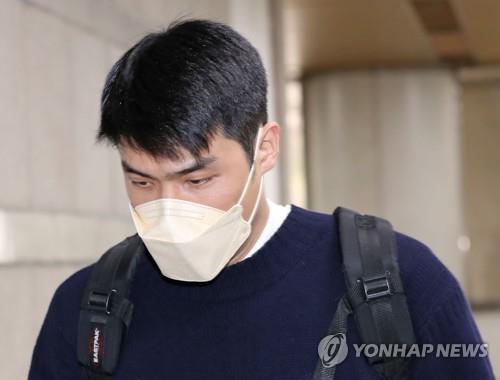 Cha was accused of ramming into another car in Jongno Ward in central Seoul at 11:40 p.m. on Dec. 23, while driving under the influence. He was not injured, but the driver of the other car suffered minor injuries. Cha's blood alcohol level was 0.246 percent, high enough to have his license revoked.

Prosecutors had demanded two years of imprisonment for Cha, citing his previous record of drunk driving.

The Seoul court said it took into consideration various factors, such as the degree of the victim's injuries and Cha's compensation agreement over the accident, in determining his punishment.

Cha Bum-kun played in the Bundesliga in Germany from 1978 to 1989. Scoring 98 goals in 308 matches, he was rated as one of the best Asian players in the top German league. He coached South Korea at the 1998 FIFA World Cup and was recognized as the Asian Coach of the Year for 1997 by the Asian Football Confederation.