SEOUL, April 10 (Yonhap) -- North Korea's economy has become increasingly marketized in the past two decades with the emergence of local markets and a newly affluent class of traders, the Organization for Economic Cooperation and Development said in a recent working paper.

The OECD also said in the paper, titled "North Korea: The last transition economy?" that the communist country is transitioning into a "hybrid system" that blends both state-controlled and market economies.

It marked the first OECD paper dealing exclusively with the North's economy.

"At the same time, the scale and breadth of market activities visibly expanded since the turn of the millennium, as part of a transition to a hybrid system mixing State, Party and army control with decentralised initiative," the paper said.

The paper, led by Vincent Koen, head of the OECD's country studies division, said the number of markets -- known as jangmadang in North Korea -- more than doubled from 2010 to 2019, from around 200 to some 500 markets. Around 1.1 million North Koreans were estimated to work in these markets in 2016, it said.

The numbers of stalls and merchants within the markets has also increased, with up to 17,000 stalls inside the biggest market of the eastern port of Chongjin, according to the paper.

The paper said there are 30 markets in Pyongyang alone, including the capital's largest one called the Unification Street Market, which is bigger than the Dongdaemun Market in Seoul.

The economic activities of "donju" have also expanded to investments in real estate development since the 2010's, the paper said, referring to the rising affluent class in the North that earns money by trading with China or through business ventures.

In exchange for investing in construction projects that require large-scale funds and materials, the new wealthy class is compensated by gaining rights to use buildings after construction is finished, the report said. 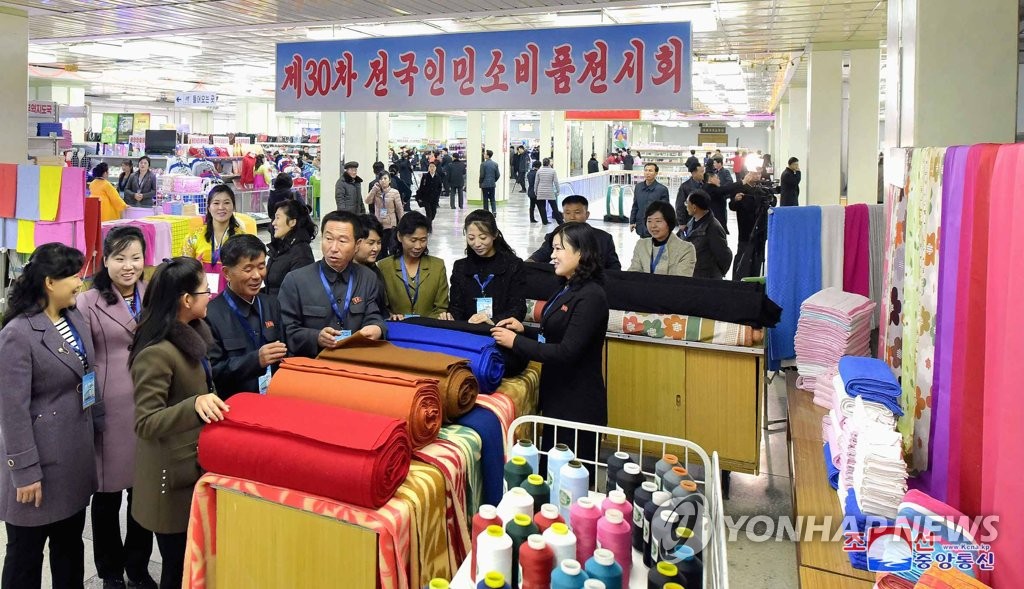