The combined operating profit of the country's three mobile operators -- SK Telecom Co., KT Corp. and LG Uplus Corp. -- in the January-March period was estimated at 829.6 billion won (US$686 million), down 9.7 percent from a year earlier, according to data from Yonhap Infomax, the financial arm of Yonhap News Agency.

The three telecom operators were expected to have logged a combined 13.8 trillion won in revenue in the first quarter, up 5 percent from a year earlier, the data showed.

The three firms are scheduled to release their first-quarter earnings result next month. 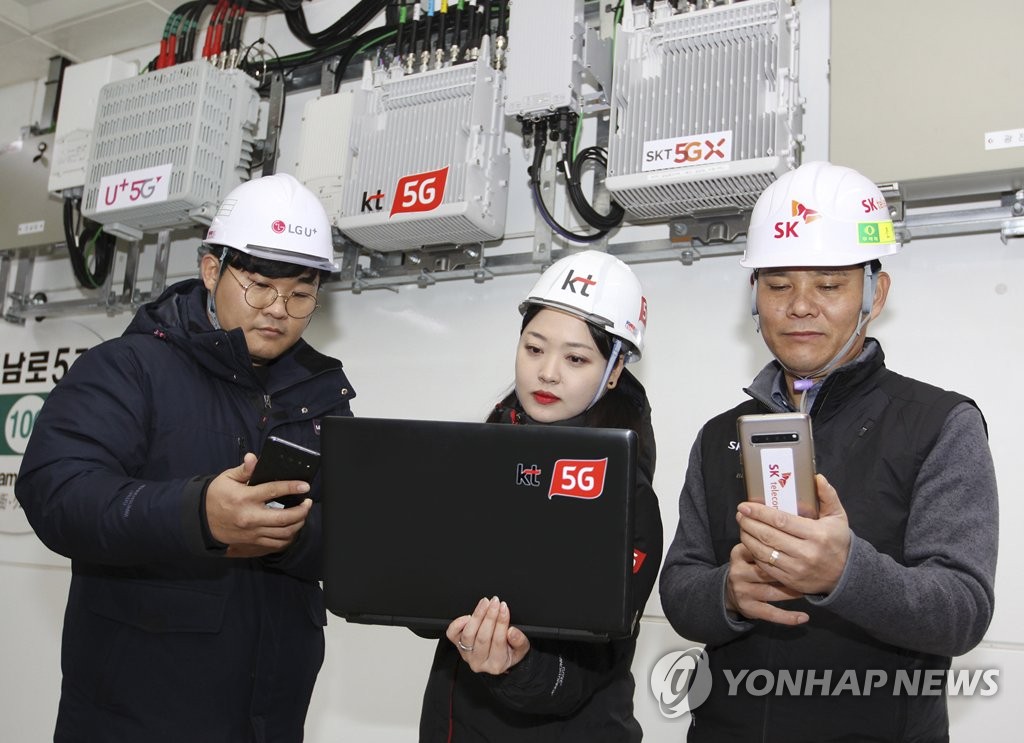 Analysts expected that the three firms spent less marketing expenses in the first quarter compared to the previous quarter due to the novel coronavirus outbreak, but their marketing costs still remain high compared to a year ago.

"The combined marketing costs of the three firms in the first quarter are expected to reach 1.9 trillion won, up 5.3 percent from a year earlier," said Jeong Ji-soo, an analyst at Meritz Securities. "It appears that their marketing expenses will start to decline after 2021."

The projected slowdown in the number of new 5G service subscribers, caused by the novel coronavirus outbreak, is also expected to have limited the firms' average revenue per user (ARPU) in the first quarter, they added.

Analysts said the telecom firms are likely to experience a relatively small impact from the COVID-19 crisis compared to others, as the outbreak pushes up mobile data traffic and the use of internet protocol television services as people limit their outdoor activities.

"The COVID-19 outbreak is a double-edge sword for the telecom firms," said DB Financial Investment in its recent report. "Although it is difficult to predict how the situation of the novel coronavirus in the country will develop, we believe the telecom firms will improve their wireless business in the second half, as various 5G-supported smartphones will go on sale."