SEOUL, April 10 (Yonhap) -- A fifth of South Korea's overseas missions that administered absentee voting for the parliamentary elections will have to count ballots on their own because they cannot send ballots home due to border controls prompted by the coronavirus, the National Election Commission (NEC) said Friday.

A total of 40,858 South Koreans living abroad had cast their ballots at 85 diplomatic missions for six days from April 1 ahead of the April 15 elections.

The ballots were supposed to be sent home via plane, but 18 missions in 17 countries, including Brazil, Poland, Uzbekistan and Nigeria, cannot do so because of international travel restrictions, the NEC said.

It is the first time that votes will be tallied in overseas missions since the system was introduced in 2012.

"There is no way to retrieve ballots from those countries because the global spread of COVID-19 has halted all flights around there," the watchdog said.

"We decided that it is inevitable that votes cast in 18 overseas missions have to be tallied there."

To prevent the spread of the virus, 91 missions in 55 countries canceled voting, and 36 offices shortened the period of voting, the NEC said. 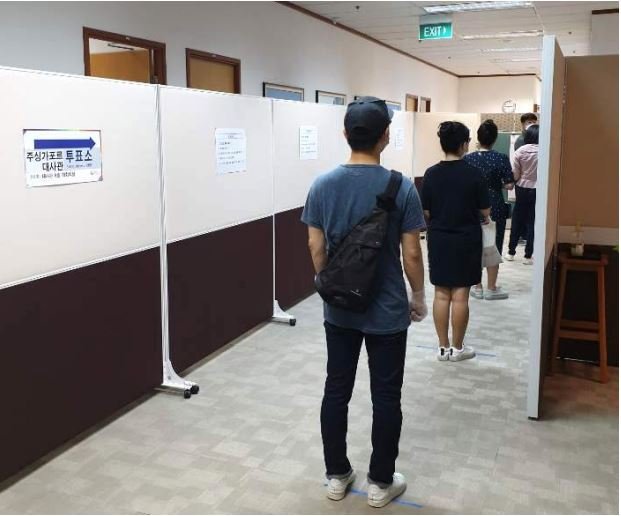