The U.S. Air Force's RC-135W Rivet Joint was spotted in skies above South Korea, Aircraft Spots tweeted, without giving details on the time of its operation.

The aviation tracker also said Saturday and Tuesday the same type of the aircraft was detected over the Korean Peninsula.

The operation came as the North was to hold a key meeting of the country's rubber-stamp parliament Friday. The session is closely watched from outside for any glimpse into the reclusive state's stance on foreign affairs, including its policy on denuclearization talks with the United States.

Amid little progress in the nuclear negotiations, the North has called for boosting self-defense and fired a series of projectiles believed to be short-range ballistic missiles this year. 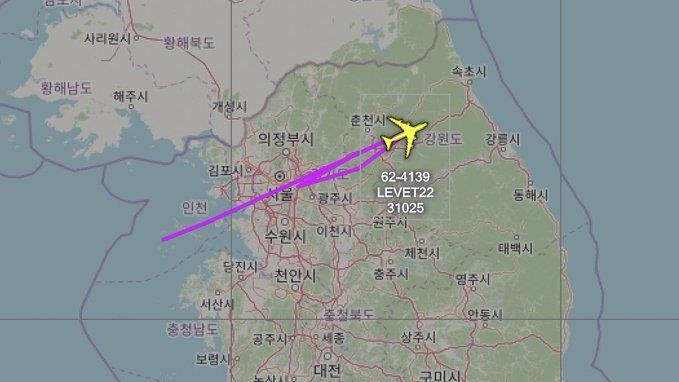