During the 25-minute telephone conversation, which was made at Zelenskiy's request, the Ukrainian leader said the COVID-19 situation in South Korea appears to stabilizing, which is not the case in his country.

Noting that the next one or two weeks will be critical, Zelenskiy expressed hope to learn from South Korea's experiences and knowhow and requested the supply of virus screening kits and various medical equipment, according to the presidential office here.

Moon then voiced expectations for continued economic exchanges, such as allowing essential visits by businesspeople, stressing international efforts to mitigate the global economic fallout from the virus.

The Ukrainian leader also expressed his wish to invite Moon to his country. The president appreciated the invitation, and vowed to carry out consultations on details through diplomatic channels.

Zelenskiy also pointed out that some South Korean citizens residing in the Eastern European country were able to return home during the day aboard a Ukrainian aircraft, Cheong Wa Dae said. 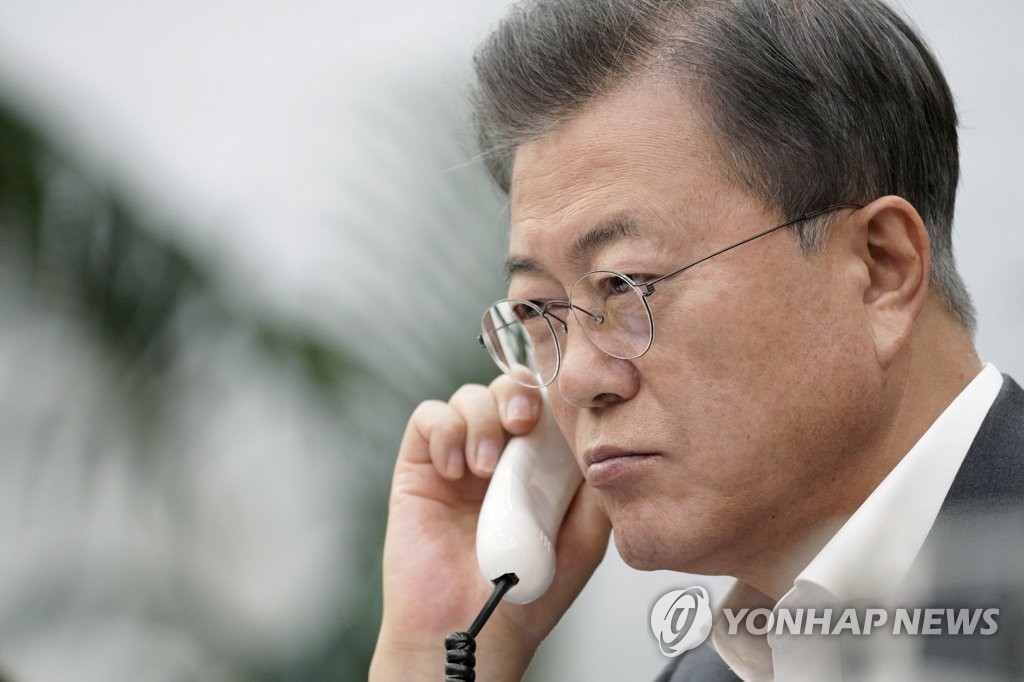