OTT refers to streaming media services that allow people to watch video content over the internet.

Under the deal, Content Wavve, a joint venture between South Korea's three terrestrial broadcasters -- KBS, MBC and SBS -- and leading mobile carrier SK Telecom Co., will supply its original content, including movies and dramas, to NBCU for the next three years. 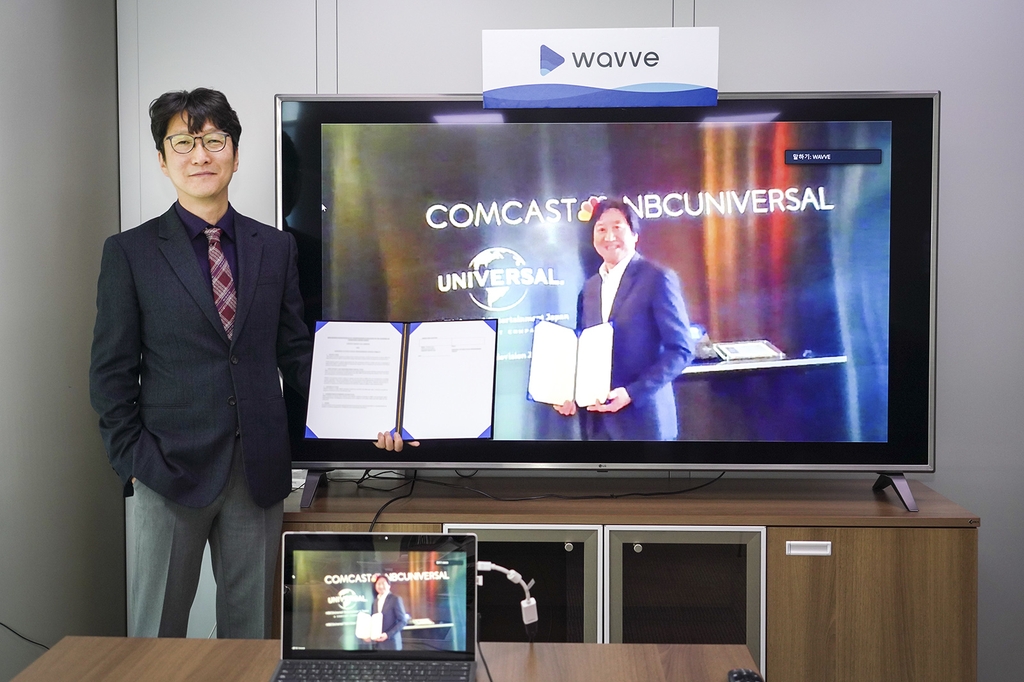 The company will recommend various Korean films and dramas to NBCU, which will select and distribute them globally via its media platforms.

According to Content Wavve, its "hallyu" content, referring to the Korean Wave of culture products, could be provided by Peacock, NBCU's OTT platform, this month at the earliest.

The two sides also agreed to invest together in content production and development.

Content Wavve said it plans to inject 60 billion won (US$49 million) this year in original content production, considering its films and dramas can be now seen globally.

Content Wavve, which began OTT service in September 2019, said the partnership will bring a positive impact to the local content developers since it has opened doors for them to target foreign viewers.