The meeting discussed antivirus efforts, budget issues and other organization matters, and a resolution was adopted "on more thoroughly taking national measures for protecting the life and safety of our people to cope with the worldwide epidemic disease," the Korean Central News Agency (KCNA) said. 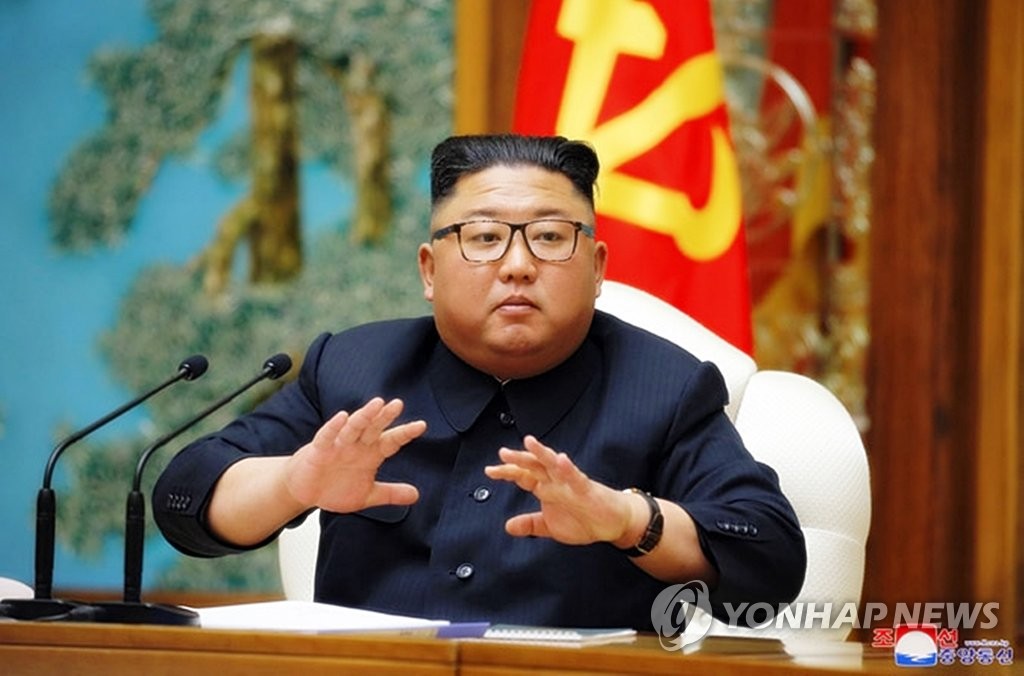 The latest politburo session also discussed "matters of adjusting and changing some policy tasks in the work of implementing the decisions" made at a key ruling party meeting in December, according to the KCNA.

After the December gathering, the North unveiled a plan to set 10 goals to "stably" develop its economy, spawning speculation it could put forward a new blueprint to shore up its threadbare economy suffering from crippling sanctions.

But the novel coronavirus appears to have dealt an unexpected setback to Pyongyang's economic drive, forcing it to consider "adjusting and changing" policy tasks.

The North's anti-virus measures, including border controls, have dampened its push to bolster tourism and economic exchanges with its largest trading partner, China, while the return of its overseas workers, mandated by a U.N. sanctions resolution, has further dried up its hard currency reserves.

It is unclear whether leader Kim would attend the SPA meeting. Last April, he joined an SPA session to deliver a policy speech for the first time since taking office in late 2011.

Meanwhile, state media also reported that Kim has inspected a "pursuit assault plane group" in the western area." Though it did not disclose details on when and where the inspection took place but it appears to have been held a day earlier and not far from Pyongyang given that he took part in the politburo meeting on the same day.

"He expressed great satisfaction to the pursuit assault plane group which is
reliably defending the territorial sky of the western area of the country," the KCNA said. "He raised important tasks for further enhancing the combat efficiency of the group after praising their efforts."

The inspection came days after Kim supervised a mortar firing drill on Thursday in what appears to be aimed at tightening military discipline amid the country's fight against the coronavirus.