Kim visited a pursuit assault plane group under the Air and Anti-Aircraft Division in the western area to check its performance of aerial defense, the official Korean Central News Agency (KCNA) said without mentioning when his visit took place.

"Kim Jong Un learned about the readiness for sortie of the fighters and the performance of duties of airspace defense in the western area," the state media said in its English-language article.

"He expressed great satisfaction to the pursuit assault plane group which is reliably defending the territorial sky of the western area of the country while faithfully performing feats with a one-track mind to repay the trust of the Party and the country," it added. 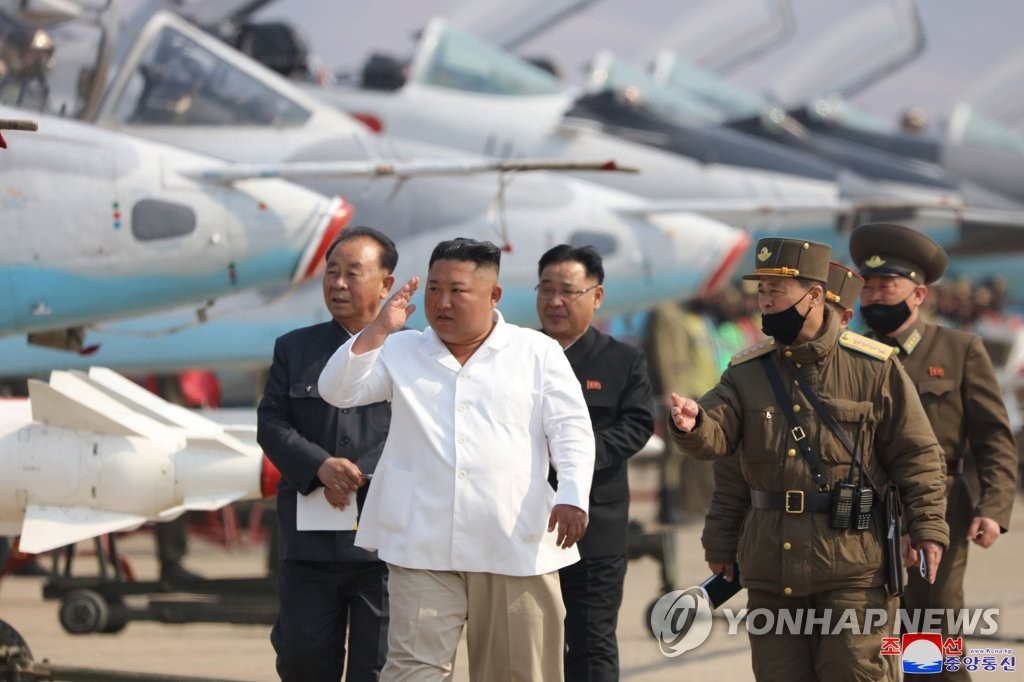 The inspection followed a KCNA report Friday that Kim oversaw a mortar firing drill, which some observers viewed as an effort to show Pyongyang's military readiness has not been eroded by its fight against the COVID-19 pandemic.

The North has not officially reported any COVID-19 case. But many observers have pointed to its focus on anti-pandemic efforts, including restricting movement of people and closing its borders with China, as a sign it might be covering up an outbreak.

Kim's inspection of the air unit came ahead of a key session of the Supreme People's Assembly (SPA), the North's rubber-stamp parliament, where he is expected to send a message to the United States amid a protracted deadlock in nuclear negotiations between the two countries.

The parliamentary session, which was expected to be held Friday, has apparently been delayed for unspecified reasons. On Saturday, Kim attended a political bureau meeting of the ruling Workers' Party, which usually takes place on the eve of an SPA session.