SEOUL, April 12 (Yonhap) -- LG Electronics Inc. on Sunday unveiled the name of its new smartphone that is expected to be released in South Korea next month.

LG said the upcoming mass-market premium smartphone has been named LG VELVET. The new name comes after the company recently revealed it will no longer use the G series brand.

"LG VELVET will be the first device to implement the company's new branding strategy for its mobile devices, moving away from alphanumerical designations in favor of familiar and expressive names that will help the consumer capture the essence of the device best suited for his or her personality and ever changing trends," the company said in a release. "The name 'velvet' is intended to "evoke images of lustrous smoothness and premium softness, two key characteristics of the new phone."

LG on Thursday unveiled a rendering of its new smartphone, which features a "raindrop" camera and front-back symmetrical curves. Sources here predicted the new mobile device to come with a price tag of around 800,000 won (US$660)

LG hopes its new phone can help its mobile business escape from a long slump.
The company on Tuesday delivered an earnings surprise in the first quarter of the year, estimating its operating profit at 1.09 trillion won for the January-March period, up 21.1 percent from a year ago.

LG did not break down performances of its respective business divisions in its first-quarter earnings guidance. However, analysts here expected the company's mobile business to likely have remained in the red for the 20th consecutive quarter, with some predicting an operating loss of over 200 billion won. 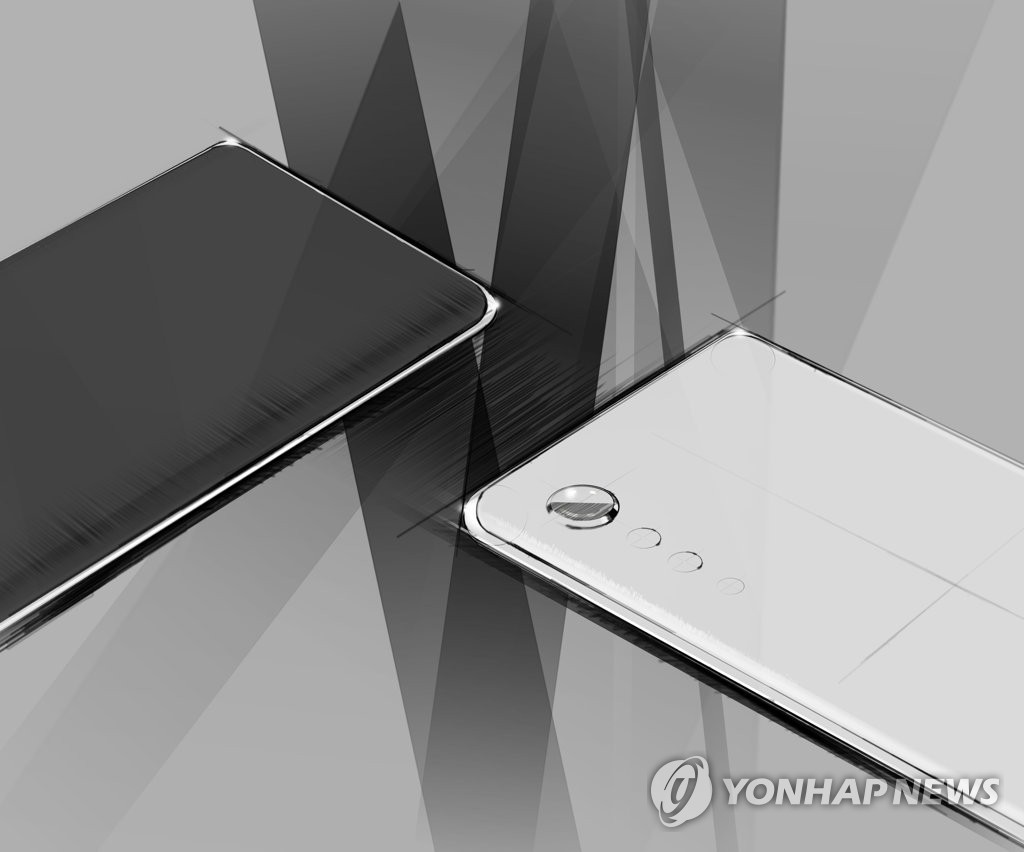