SEOUL, April 12 (Yonhap) -- Prime Minister Chung Sye-kyun renewed calls Sunday for citizens to keep up social distancing efforts to contain the new coronavirus, as an uptick in springtime tourists and Easter services were feared to have weakened the nationwide antivirus campaign.

On Sunday, South Korea reported 32 additional cases, compared with 30 the previous day, bringing the total caseload to 10,512, with 214 deaths.

"I urge people to avoid loosening their vigilance and thoroughly practice strong social distancing efforts for the time being," Chung said during a session of the Central Disaster and Safety Countermeasures Headquarters.

Chung voiced concerns over growing signs that the social distancing campaign is being loosened, particularly at tourist attractions, though daily new infections have hovered around 30.

"The current positive number is attributable to our citizens' efforts to practice social distancing. This should never be misconstrued as a signal that people can return to their normal life," Chung said.

The prime minister also pointed out that due to the social distancing campaign, along with protective gear and sanitization, the two-day advance voting for parliamentary elections ended safely Saturday.

"If there are any shortfalls we have found (in the antivirus efforts) during the early voting process, we should make up for them until the voting day on Wednesday," he said.

Despite repeated calls for social distancing, some Christian churches pressed ahead with their Easter services. But many others carried out services online, with some conducting a "drive-in worship" at church parking lots. 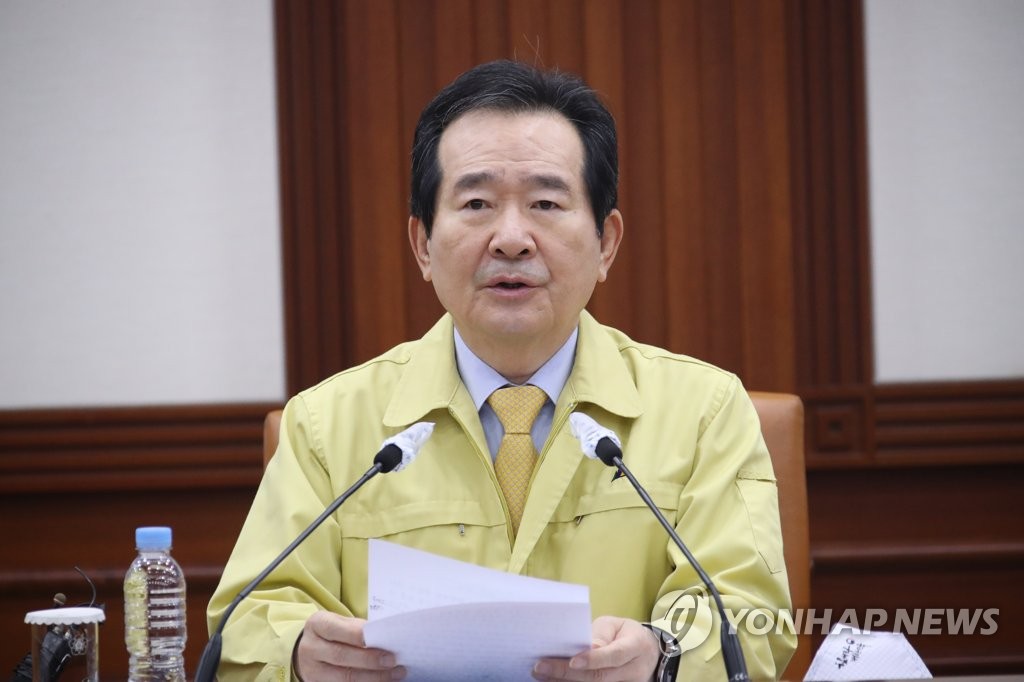