A total of 79,711 people went to cinemas on Saturday and Sunday, down from the previous record low of 80,180 tallied a week earlier, according to the data by the Korean Film Council (KOFIC).

It is the first time that a weekend figure dropped below 80,000 since KOFIC started to compile local box office data in 2004.

The Oscar-winning war film "1917" topped the box office over the two-day period with a combined 14,390 admissions, while Chinese martial arts film "Ip Man 4: The Finale" and Russian horror movie "Stray" were among the top 10 films.

Due to lingering fears of COVID-19, the weekday admissions have also been on a steady decline in previous weeks, hitting an all-time low of 15,000 on April 6.

Major multiplex chains including industry leader CGV have shut down some of their theaters, while distributors have rescheduled their release plans. 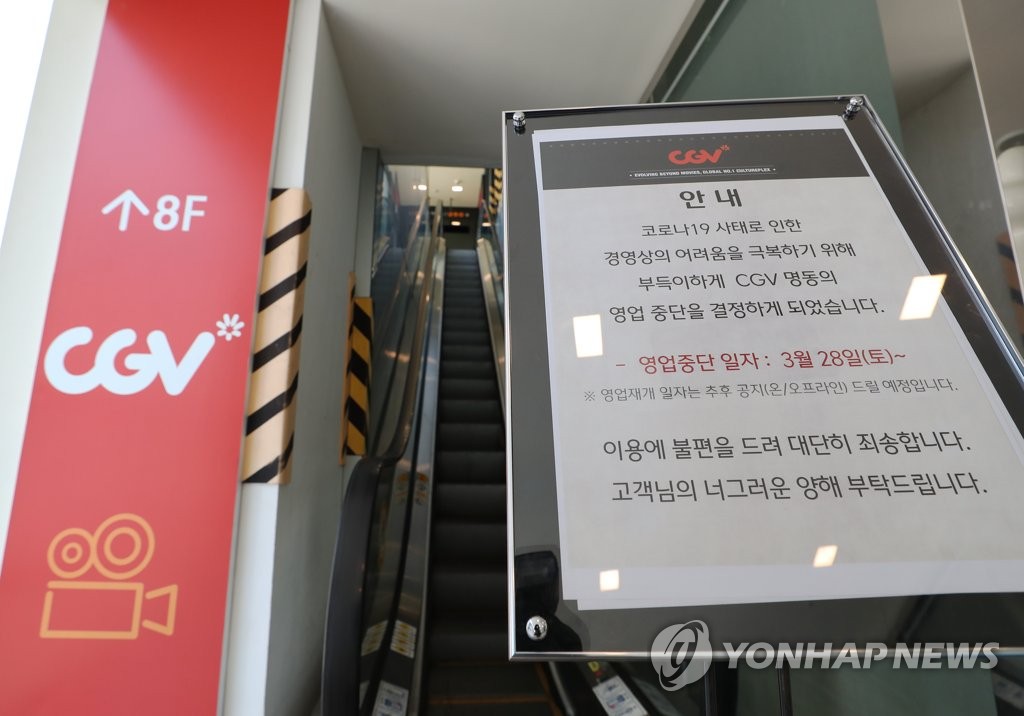