SEOUL, April 13 (Yonhap) -- Shin Hyeon-jung, a 35-year-old office worker, has refrained from meeting friends or having gatherings for months to practice social distancing to fight against the new coronavirus.

But the virus scare will not prevent her from casting a ballot in this week' parliamentary elections as she believes quarantine measures to be implemented at polling stations will make her feel safe.

"Wearing a face mask, I will visit a polling station as soon as it opens," Shin said. "It will be more meaningful to exercise the right to vote in the midst of the pandemic."

South Korea will hold the quadrennial parliamentary elections Wednesday to fill the 300-seat unicameral National Assembly at a time when it is battling against COVID-19.

Despite some political parties' call to postpone the elections over the outbreak, South Korea has gone ahead with the polls, apparently emboldened by a markedly slowed rise in virus cases.

South Korea has reported a caseload of more than 10,000 since its first case on Jan. 20. Its new daily cases have recently fallen to around 30, the fewest since late February.

On the domestic front, the NEC tested out its quarantine steps at some 3,500 polling stations during early voting that ran on Friday and Saturday.

Voters wearing masks had their temperatures checked at the entrance. They disinfected their hands with sanitizers and put on plastic gloves before casting ballots. To keep social distancing rules, voters were advised to stand at least 1 meter apart from others.

Still, some voters are ready to take their own stricter precautionary measures.

"I will wear a mask, plastic gloves and goggles. I am even considering putting on a plastic raincoat," said a 41-year-old housewife in Seoul who asked not to be named. 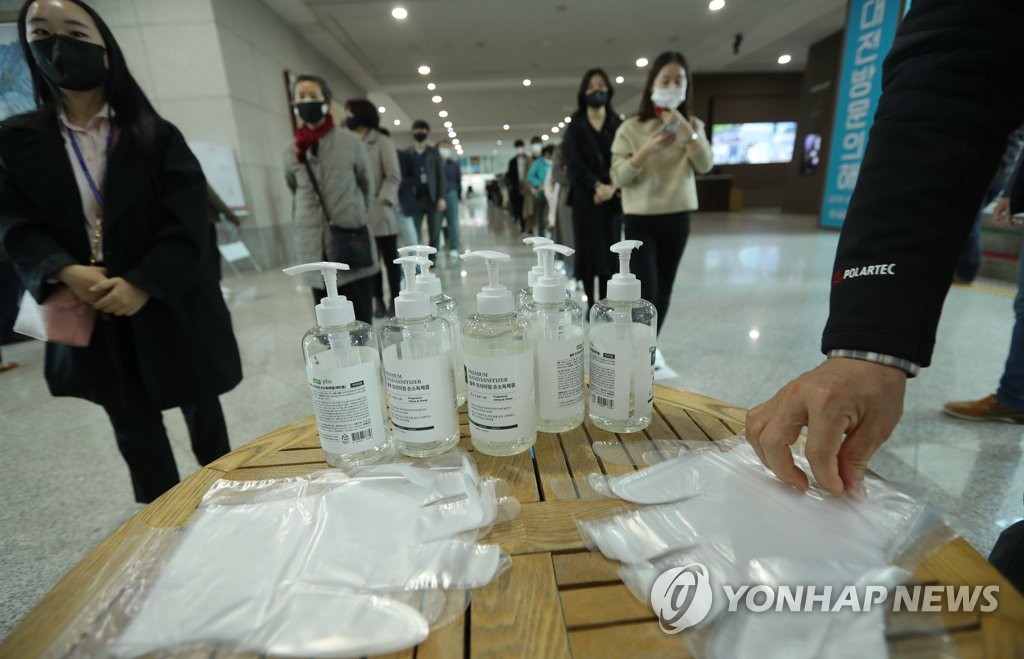 The COVID-19 pandemic has changed conventional methods of campaigning. Instead of shaking hands with voters, candidates chose online campaigns and used fist bumps with voters at rallies.

The overall focus in the election has also shifted to the assessment of how the government has handled the virus that emerged in China late last year. Naturally, it was hard to find candidates appealing to voters with election pledges.

"In the run-up to the official campaigning, a tight race was expected between two biggest parties," Ko Jin-dong, a political analyst, said.

"But the pendulum appears to swing toward the ruling Democratic Party (DP) as the government's response to the outbreak has gained a positive assessment," he noted.

The upcoming elections are widely seen as a vote of confidence for President Moon Jae-in, who took office in May 2017 with pledges to seek engagement with North Korea and pursue income-led economic growth.

Amid a prolonged economic slowdown and political turmoil over ex-Justice Minister Cho Kuk, Moon's approval rate dipped to the 30 percent level last year. Moon was elected with 41.08 percent of the vote.

But public sentiment appeared to turn positive after health authorities pumped up efforts to flatten the infection curve with massive and rapid testing and the transparent disclosure of related information. Moon's approval rate shot up to over 50 percent in recent polls.

The DP appealed to voters to support the government's quarantine initiative and promoted its strategy to minimize the economic fallout of the pandemic.

The governing party, which currently controls 120 parliamentary seats, is targeting at least 147 slots.

The main opposition United Future Party (UFP), meanwhile, stressed the need to "judge" the government, citing what it called policy failures to prop up the economy.

The conservative party condemned the government for indulging in "self-praise" over the containment of the virus. Targeting at least 125 seats, the UFP urged swing voters to support it.

Korean voters said the pandemic will be the biggest factor in affecting their votes.

"I've assessed the government's handling of the virus as positive," said Jeong Da-eun, 26.

"People earlier forecast that the April 15 elections could be a vote of judgment against the Moon administration. But the government's response to the coronavirus seems to have changed the view," she said.

A 43-year-old man who only gave his surname Park voiced disappointment at the government's reluctance to impose an entry ban on Chinese when the outbreak began.

"I think South Korea has contained the virus well due to the devotion of medical workers and citizens' efforts to keep social distancing," he said.

A survey of 1,500 voters by the NEC showed that 94.1 percent of the respondents expressed their willingness to vote in the general elections.

It represented a 5.3 percentage point rise compared with the outcome of a similar poll in 2016.

Voter turnout in early voting of the 2020 elections hit a record 26.69 percent.

Analysts said it's premature to predict higher overall turnout as people apparently opted to vote in advance to avoid crowds over COVID-19.

"The higher turnout means voters who do not have any party to support hit the polls. In past elections, such voters cast ballots for opposition parties," Shin Yul, a professor at Myongji University, said.

The National Assembly passed an electoral reform bill in 2019 that called for adopting a mixed-member proportional representation (PR) system and lowering the voting age to 18.

The new system could work favorably for minor parties as the method of distributing PR seats will better reflect votes cast for parties.

But the two largest parties established satellite sister parties that only target PR seats, drawing criticism that they undermined the intent of the new scheme.

The longest-ever ballots of 48.1 centimeters will be used for PR voting as the number of parties targeting the slots reached a record 35. The ballots will be counted manually for the first time in 18 years. 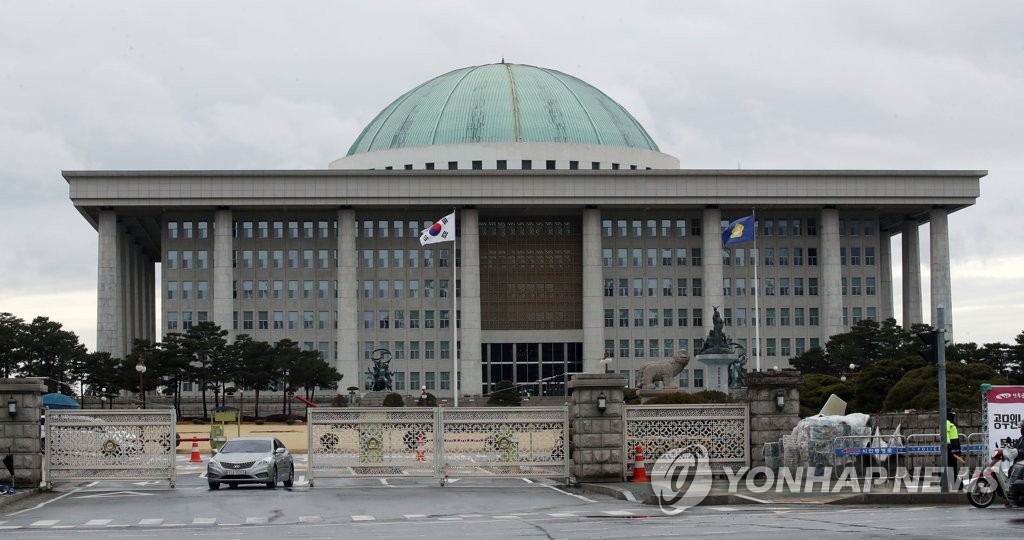