SEOUL, April 13 (Yonhap) -- Renewed uncertainty is hanging over defense cost-sharing talks between South Korea and the United States after President Donald Trump's reported rejection of a tentative deal to end their monthslong impasse feared to erode the alliance.

The prolonged tug of war between the allies has fanned concerns that it could undercut their efforts for robust defense, as thousands of Korean workers of U.S. Forces Korea (USFK) have been furloughed in the absence of a deal to fund their wages.

Last year's SMA that expired in December called for Seoul to pay around US$870 million for the cost of stationing the 28,500-strong USFK. 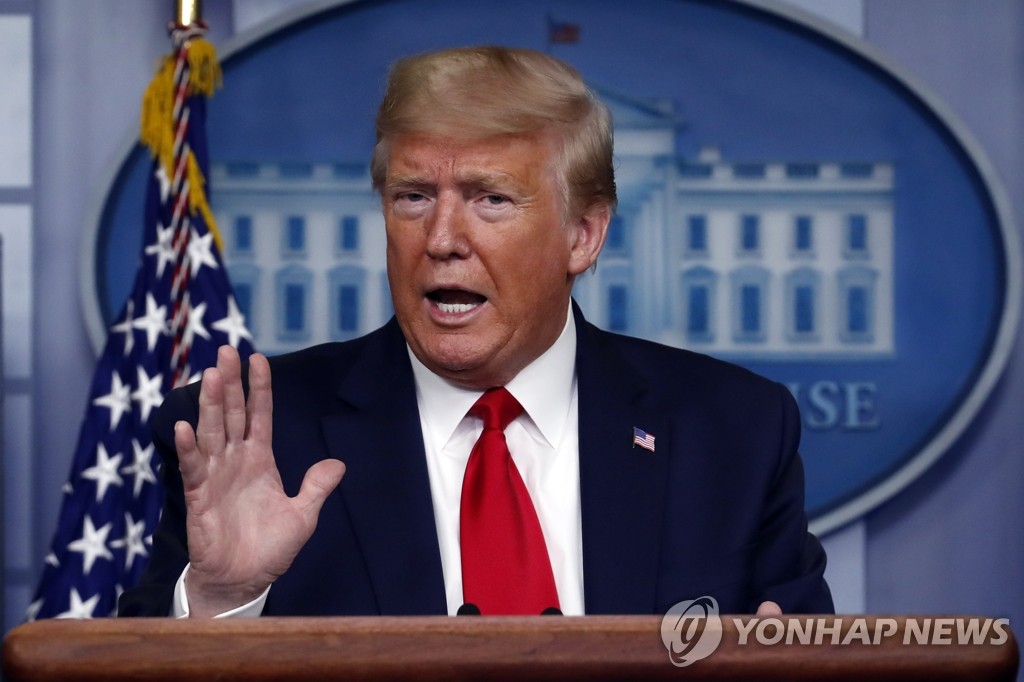 A South Korean official struck an ambiguous note on the current status of the SMA negotiations -- in stark contrast with the upbeat statement by Seoul's top negotiator Jeong Eun-bo about two weeks ago that a deal might come "in the near future."

"It is difficult to predict when the negotiations will be concluded," the official told Yonhap News Agency on condition of anonymity. "All possibilities remain open. And at this point, it is fair to say that we can hardly guess how things will move and toward what possibility."

On March 31, a day before the furloughs of more than 4,000 Korean employees began, Seoul's chief negotiator Jeong said the two countries had "considerably" narrowed differences while offering an optimistic outlook on the conclusion of the negotiations.

His remarks raised speculation that Trump might have retreated from his demand for a hefty increase in Seoul's financial contributions, in part to promote cooperation with South Korea in fighting the COVID-19 pandemic.

But that does not appear to be the case.

Before the SMA talks with South Korea began in September, Trump was expected to drive a hard bargain due to concerns that any deal with the Asian country would affect the planned negotiations with other allies, such as Japan and the North Atlantic Treaty Organization.

Preventing "free riders" has been among Trump's key election pledges that put American interests first, and this has sparked concerns that the U.S. security leadership, anchored in America's close-knit global alliance network, could weaken.

But Trump's rejection of Seoul's proposal does not appear to mean a return back to the drawing board.

"It is inappropriate to say that the negotiations are now back to square one. ... The negotiators are continuing communication though there is no plan yet for another round of face-to-face negotiations," the official said.

Some observers have predicted a prolonged stalemate between Seoul and Washington, as Trump does not appear to have much room to pay attention to the SMA negotiations amid the coronavirus pandemic and preparations for the November election.

The stalemate has demoralized the Korean USFK workers whose furloughs are feared to have disrupted day-to-day USFK operations and affected the allies' combined readiness posture amid Pyongyang's continued push to sharpen its military edge through rocket tests.