SEOUL, April 13 (Yonhap) -- Concerns over social distancing, the government's key tactic in fighting the new coronavirus, easing too quickly have emerged, as a growing number of people have gone outside to enjoy spring and take part in events such as Easter and the elections.

South Korea launched an intensive social distancing campaign on March 22 to contain the contagious virus. The campaign, initially to last for two weeks, was extended by another two weeks to this Sunday, as cluster infections and imported cases continued to rise.

The government has shut down schools and urged churches and indoor sports facilities to suspend operations during this period. Most recently, some municipal governments have also ordered bars, nightclubs and cram schools to suspend business.

In many parts of the country, such as the southern resort island of Jeju and the southern city of Jinhae, municipal governments have called off spring blossom festivals or destroyed flower fields due to fears that visitors might spread the virus. 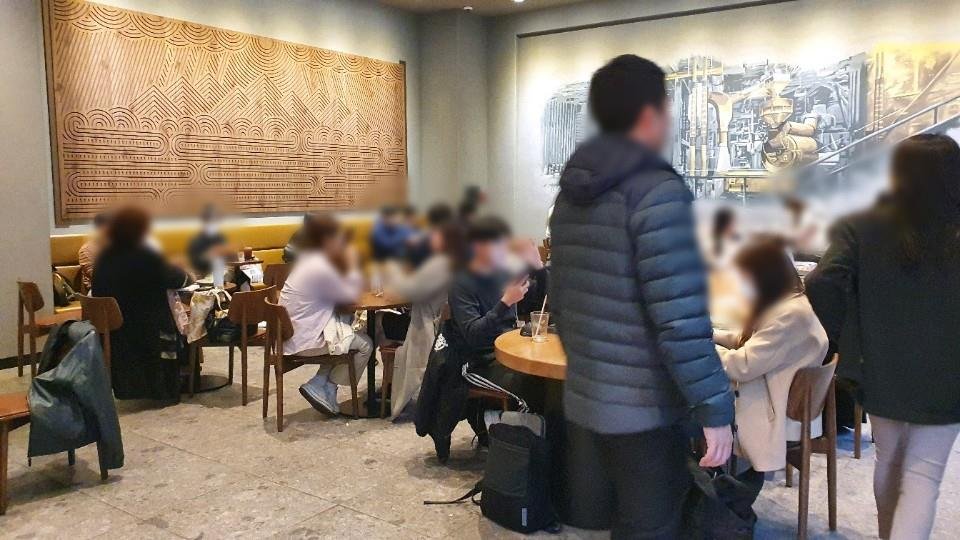 But with the campaign nearing a month and reports of new infections slowing, some South Koreans have gone outside to enjoy spring, attend Easter Sunday services and cast their ballots for the quadrennial parliamentary elections.

Parks, eateries and cafes were crowded in the past few days, as people let down their guard against the coronavirus. In many places, it was almost impossible to keep the 1-2 meter distance advised by the government.

"The number of customers did fall compared with last year, but it's increasing from a month earlier," said a cafe owner in the southwestern Seoul district of Guro, "It seems social distancing is weakening as the weather is warming."

A major bookstore in the central Seoul ward of Jongno was packed, with people sitting close to one another. While most were wearing face masks, some lowered their masks or talked with others. 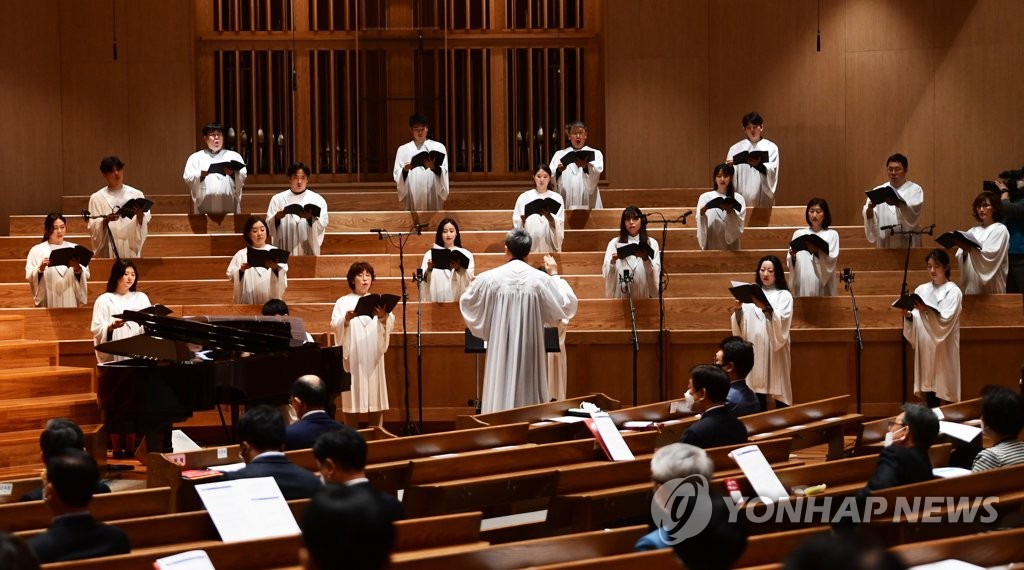 While most churches continued to hold online services, an increasing number of churches resumed services in person to celebrate Easter.

A survey of 412 churches that have more than 1,000 followers showed that 59.7 percent held services on Easter, according to the Christianity Media Forum of Korea. This marks a sharp rise from 34.5 percent reported a week earlier.

Health authorities have voiced concerns about the trend, urging the public to stick to social distancing for the time being.

"Health authorities are on the alert on views that people-to-people contact could have peaked over the past weekend compared with the past few weeks," Jung Eun-kyeong, director of the Korea Centers for Disease Control and Prevention, told a press briefing Sunday.

"The number of (new) infections recently decreased, but there is a risk of pandemic if social distancing loosens and leads to close contact in closed spaces," Jung said.

"If we ease our social distancing campaign, we may face a result that we cannot handle," he said, "It's true that we are seeing a slowdown in the spread of the novel coronavirus, but this does not mean that the virus has been eradicated."