SEOUL, April 13 (Yonhap) -- President Moon Jae-in's approval rating rose to a 17-month high last week on the back of positive assessment of the government's handling of the new coronavirus, a poll showed Monday.

Moon's support reached 54.4 percent last week, up 0.7 percentage point from the previous week, according to a Realmeter survey of 2,522 voters nationwide. The poll was conducted between last Monday and Friday.

It marked the highest rating since November 2018, when Moon's rating hit 55.4 percent.

"The assessment that the government has done well in containing the virus appeared to raise Moon's approval rating," a pollster said. "The liberal bloc also seemed to unify ahead of the April 15 general elections."

South Korea will hold the quadrennial parliamentary elections Wednesday to fill the 300-seat unicameral National Assembly at a time when it is battling COVID-19.

Realmeter did not reveal the outcome of its survey on political parties or candidates, as the election law prevents pollsters from disclosing the results of polls from April 9 until the election day. The media also should not cite such polls.

The poll, commissioned by cable news network YTN had a margin of error of 2 percentage points at a 95 percent confidence level. 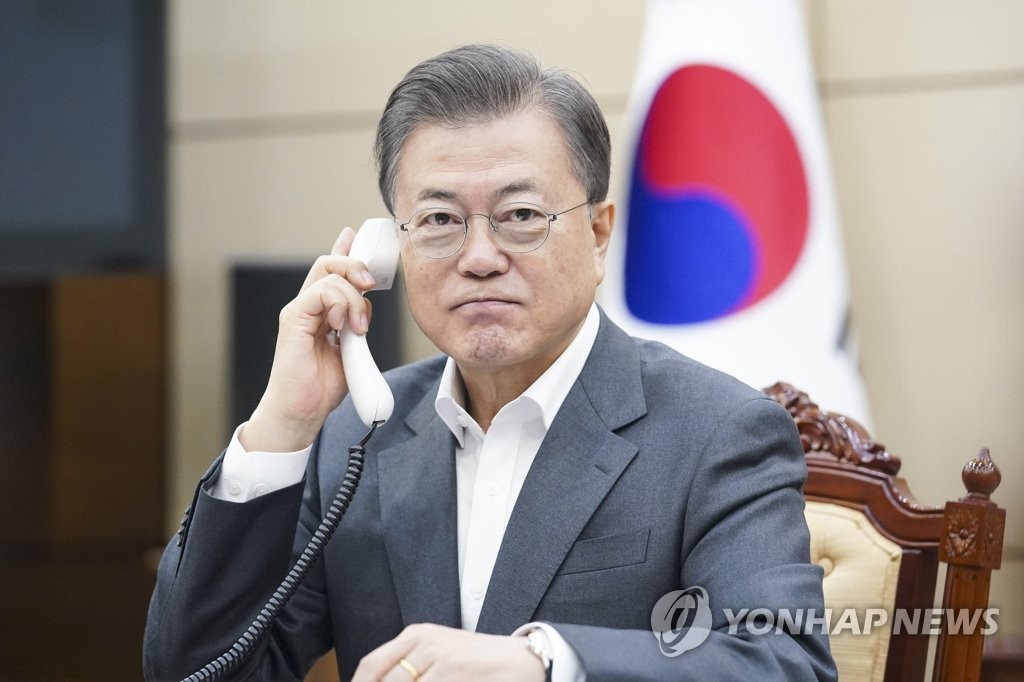