SEOUL, April 13 (Yonhap) -- A man in his 70s was caught but released without being referred to police after intruding into an education center for military intelligence officers earlier this month, officials said Monday, the latest in a series of security breaches at military compounds.

A duty officer who found the man checked his identity and let him go without referring the case to police or following due procedures to investigate the intruder, it said. The school also failed to immediately report the case to the command.

Following the incident, the command has requested the Joint Chiefs of Staff to inspect the organization's combat readiness and replaced the school's chief principal.

"We will take stern measures according to law and principle on related personnel if they are found responsible after an investigation," the command said in a release, vowing to come up with measures to prevent similar cases from recurring.

The incident was the latest in a series of similar cases that have sparked criticism of the military's security posture.

In March, two civic activists cut barbed-wire fences and trespassed on a naval compound on the southern island of Jeju. Separately, an intoxicated man in his 50s dug under the fence surrounding an air defense outpost in Siheung, south of Seoul, and went inside to collect wild greens the same month.

The Navy also belatedly disclosed last month that a man with a mental illness entered the Jinhae Naval Command in the southeastern city of Changwon without being stopped in January. 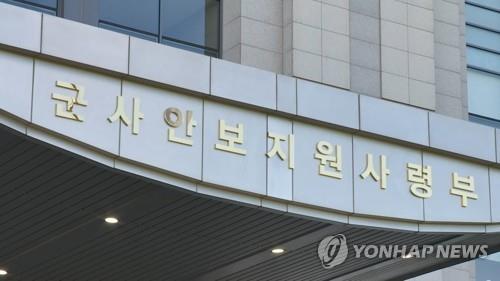