SEOUL, April 13 (Yonhap) -- South Korea's economy may start to get back on the normalization track next month at the earliest, recovering from the economic fallout from the novel coronavirus, a report suggested Monday.

The report from the Hana Institute of Finance said the number of new coronavirus infection cases in China peaked about a month after national quarantine efforts got under way and that the world's No. 2 economy began to normalize about one to two months after that.

"The South Korean economy may begin to normalize in May at the earliest," Hana Institute under the wing of Hana Bank said.

The domestic-focused retail sector may start a recovery in the third quarter of the year, and airline, tourism and oil-refining segments may suffer a prolonged slump with a recovery likely to come next year, it said. 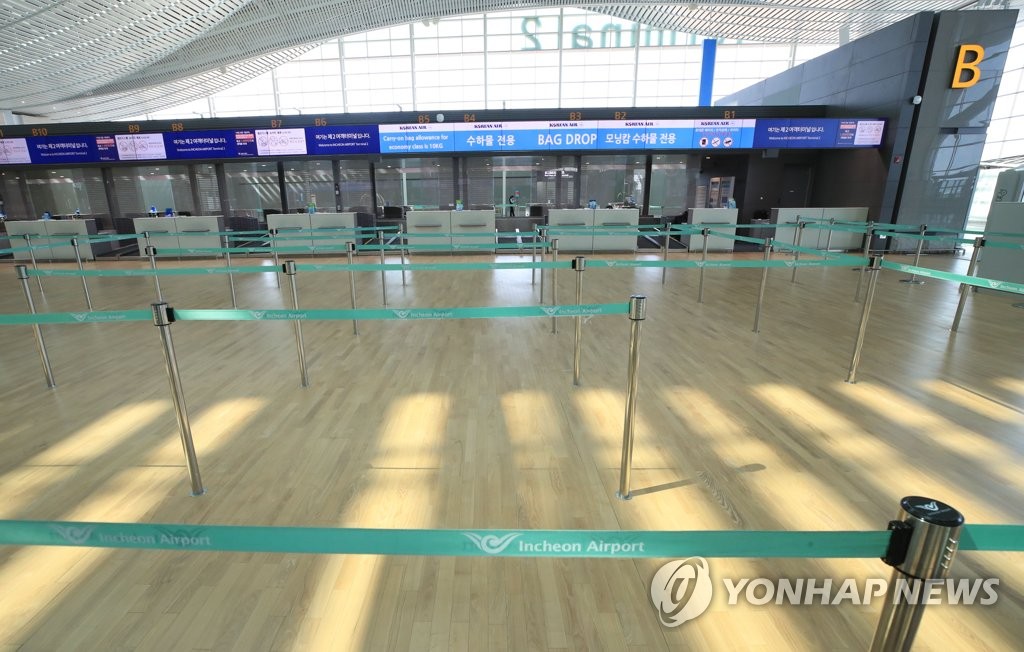 Since its first case of the new coronavirus on Jan. 20, South Korea has reported 10,537 confirmed infections as of Sunday with its daily additions on a steady decline since peaking at around 900 in late February.

The report, however, noted "normalization" did not mean an end of the virus-caused crisis.

"It means the situation has entered a phase where it can be controlled by the government," it said.

South Korea's economy, especially its consumer sector, has nearly come to a halt since the government launched an unprecedented social distancing campaign last month, forcing all major public facilities to shut down while also advising people to stay home and avoid crowds whenever possible.

It has extended the social distancing campaign by two weeks until this weekend.

The global pandemic is apparently beginning to affect the country's exports as well.

The Korea Customs Services earlier said South Korea's outbound shipments plunged 18.6 percent on-year to US$12.2 billion in the first 10 days of this month.

The fallout from the coronavirus pandemic has already become visible, albeit at a significantly smaller scale for South Korea than most others.

The Bank of Korea has slashed its 2020 growth outlook for the local economy to 2.1 percent from the previous 2.3 percent.

Though the South Korean central bank has said it will have to further trim its growth estimate, it says the local economy will likely post positive growth this year.

Should the South Korean economy be able to normalize at an early date, it would create a rare opportunity to boost its global market share, the report said.

By sector, the report said the retail industry may still be one of the first to recover following a slowdown or termination of the virus outbreak due to what it called an explosion of "pent-up demand" at home and abroad.

But the recovery of airline and tourism industries may be delayed at least until next year due largely to a sharp drop in the number of foreign visitors.
(END)

Economic activities could start to get back on track next month: think tank

Economic activities could start to get back on track next month: think tank