SEOUL, April 13 (Yonhap) -- Consumers at home and abroad think the coronavirus pandemic will likely grip the world for more than four months from now, an international poll showed Monday.

The survey of 6,566 people in six countries -- South Korea, the United States, China, Germany, Italy and Britain -- showed they believe it may take an average of 17 weeks before the end of the coronavirus outbreak and a return to normal life.

Consumers in China, where the coronavirus outbreak is subsiding after starting in December, predict it may take nine weeks for life to return to normal, the shortest among the nations. 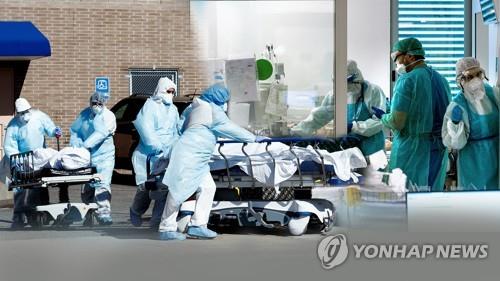 Comparable numbers are 15 weeks for America, 17 weeks for South Korea and Germany and 22 weeks for Britain and Italy.

Twenty-two percent of the surveyed replied it may even take five months to up to two years before life returns to normal.

The survey also showed 47 percent of the respondents having a positive view of their government's response to the outbreak of COVID-19.

The percentage was the highest for Chinese consumers at 79 percent. Britain came next with 50 percent, followed by South Korea with 43 percent, the United States with 34 percent, Italy with 39 percent and Germany with 37 percent.