SEOUL, April 13 (Yonhap) -- South Korea's election watchdog said Monday it will prioritize preventing those in self-isolation over the new coronavirus from having contact with other voters when they cast ballots in this week's elections.

The government will allow people ordered to go into self-quarantine from April 1-14 and without symptoms of the virus to vote in Wednesday's parliamentary elections after regular voting ends at 6 p.m.

Under measures revealed by the National Election Commission (NEC), self-isolators wearing face masks are to wait at designated places before being guided to make-shift polling booths after 6 p.m.

Their movements and voting hours will be arranged in a way that does not overlap with those of other voters. Self-isolators will only be allowed to be outside from 5:20 p.m. to 7 p.m. on the election day.

Ordinary voters are advised to stand 1 meter apart from others while waiting to vote. But people under self-quarantine should keep a distance of at least 2 meters from others.

Currently, there are around 50,000 people in self-isolation over COVID-19.

The government plans to send text messages asking about their willingness to vote Monday and Tuesday. Those in self-quarantine who want to vote should reply by 6 p.m. on the day that they receive the message.

Authorities remain on high alert over the possibility that the temporary lifting of self-isolation rules could spark community transmission if those under self-quarantine do not cooperate.

"Self-isolators should bear in mind that the government will ease quarantine rules to guarantee their right to vote," said Chun Byung-chul, a professor of preventive medicine at Korea University College of Medicine. 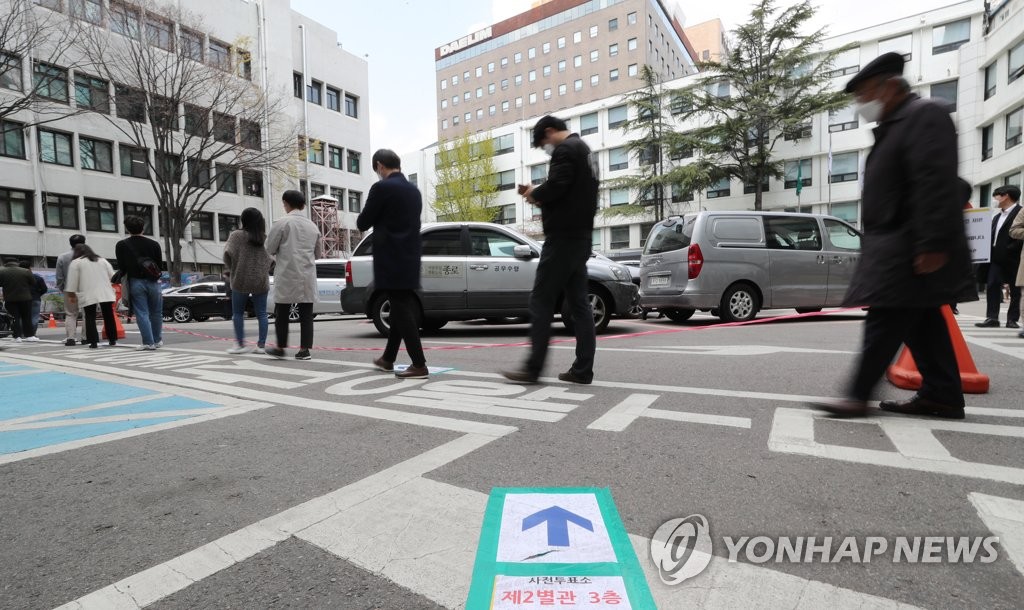